Among the grounds for impeachment being considered by the House Judiciary Committee is that President Trump obstructed Congress by refusing to have members of the executive branch comply with Congressional subpoenas without orders of the court. This ground was given the imprimatur of the academic experts who testified for the Democrats. These experts, however, were not only wrong; their opinions pose a real danger to civil liberties and checks and balances. Moreover, it is highly questionable that these experts would have said that citizens must always comply with Congressional subpoenas without a judicial order if the political shoe were on the other foot.

I came of age during the McCarthy era, when Congressional committees issued subpoenas to suspected Communists, fellow travelers and lawyers who represented left wing radicals. Civil libertarians challenged these subpoenas in court, sometimes winning, sometimes losing. But no liberal accused them of doing anything wrong by refusing to comply with Congressional subpoenas until and unless a court ordered them to comply. Now, however, anti-Trumpers are demanding impeachment for what they would have praised during the McCarthy era.

In the context of legislative subpoenas to members of the executive branch, there are reasons for concern in addition to those based on the civil liberties of ordinary citizens. There is the separation of powers and checks and balances. Unlike in parliamentary democracies, in which the legislative branch is superior to the executive and judicial branches, under our system, all three branches are co-equal and designed to check the excesses of each other. As Alexander Hamilton wrote in The Federalist Papers, the judicial branch gets to decide whether actions of the other branches comport with the Constitution. If they do not, they are void, because the constitution is the supreme law of the land.

The president, as head of the executive branch, is entitled to challenge in court legislative subpoenas that demand material that may be subject to claims of privilege. He is also entitled to insist that the legislature obtain a court order before the executive branch complies. That is how checks and balances work. The president should not be impeached because he takes seriously our system of checks and balances.

Even if the president were wrong in challenging these subpoenas, his being wrong would not come close to being an impeachable offense. What do the Democratic experts claim it is? Treason? Bribery? A high crime? A high misdemeanor? It is none of the above and is, therefore, not a basis for impeachment. President Andrew Johnson was impeached for refusing to comply with a statute enacted by congress which he believed was unconstitutional. Not only do many historians and legal scholars believe that was a wrongful impeachment, but the Supreme Court agreed with Johnson that the statute he violated was unconstitutional. Johnson was narrowly acquitted by the Senate, but his impeachment by the house was an abuse of power, because he had not committed any of the criteria for impeachment specified in the constitution.

Congress is not above the law. It cannot simply ignore the words of the Constitution even if a majority of its members want to impeach the president. For Congress to impeach President Trump for abuse of Congress would be an abuse of power by Congress.

So despite the partisan opinions of the Democratic academic experts, Congress should not include abuse of Congress among its list of impeachable offenses. Nor should it include any counts that do not fit the specified Constitutional criteria. Since the evidence adduced thus far fails to establish treason, bribery or other high crimes and misdemeanors, Congress should not vote to impeach. If it does vote to do so along party lines, it will be acting unconstitutionally and placing itself above the supreme law of the land. 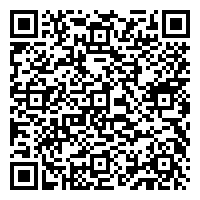