In late May, after months of debate and rancor, the largest academic union in Britain advised its members to boycott any Israeli academic who would not publicly disavow Israel’s so-called apartheid policies. This meant, in effect, that any Israeli academic who did not subscribe to the political views of the National Association of Teachers in Higher and Further Education (NATHFE) could have been blacklisted and prevented from speaking or participating in conferences at British universities and being published by British academic journals.

It was the third time in four years that British academics went on record to censure and isolate Israeli academics. The vote came despite an international petition drive launched by three academic groups: the U.S.-based Scholars for Peace in the Middle East (of which I am a board member), the Israel-based International Advisory Board for Academic Freedom and the Britain-based Engage, which together collected nearly 6,000 signatures.


The vote was close, 106 to 71, and a good number of the union’s 70,000 members condemned it. Moreover, since NATHFE recently dissolved and merged with another British academic union (the Association of University Teachers, which ultimately failed in its attempt to boycott Israeli academics last year), the NATHFE vote is not binding on the newly formed body, the University and College Union.

Still, NATHFE’s vote represents a disquieting turning point, one that attempts to chill academic freedom and place a political litmus test on scholarship. The treatment of these Israeli scholars is particularly troubling. They alone are held accountable for their state’s policies while scholars from Iran, Syria, Saudi Arabia, Korea and China – all recognized human rights abusers – are not boycotted.

The vote is yet another example of anti-Zionism morphing into anti-Semitism. Just as Jewish individuals were once persecuted and demonized, now the Jewish state has become the punching bag of the world. Contrary to what British academics would have the world believe, Zionism is not “racism” or “apartheid.” It is the liberation movement of the Jewish people, founded by people of all colors gathered together from all continents. The attempt to target Israel and its people is not new. It is an old idea wrapped in a 21st-century veneer.

Seventy-three years after Adolf Hitler removed Jewish professors from German universities and burned and banned Jewish books, a group of British academics are leading the pack against Israeli scholars, claiming that Israel’s “illegal” occupation of Palestinian territory requires the same sort of campaign that once was waged against apartheid South Africa. They envision that such boycotts, divestment and sanctions will ultimately end the “Zionist occupation.” They, and their many European and North American academic and intellectual counterparts, see themselves as freedom fighters for the oppressed waging a battle against Israeli and American imperialism.

The potential danger to Jews, truth, democracy and other Western values is as great now as it was in 1933. Today, anti-Semitic, anti-Israel propaganda is not confined to one country or even one continent; it is global, constant, sophisticated and highly contagious. Those presumably most dedicated to truth-finding and truth-telling are perverting the truth and indoctrinating countless generations to do likewise. They are also emboldening the Islamist penetration of the West, which begins with the demonization of Israel. Education, talent, even genius do not immunize an academic from the mental illness that Jew-hatred represents.

Politically correct academics are in denial about Jihadic, Islamist danger. They seek to appease Islamist violence by siding with it against various scapegoats, beginning with the Jews and Israel. Thus, academics who should have more nuanced views of geo-political conflicts instead view the Jihadi aggressor as the “victim” and his true victims, including civilians, as the guilty perpetrator.

In 2000, the Palestinians unleashed a savage and lethal intifada against Israeli civilians, the vast majority of whom are Jews whose parents and grandparents survived pogroms, the Holocaust, mass expulsion from Arab lands and five wars of self-defense. From the fall of 2000 until late spring 2006, Israel lost 1,113 civilians and soldiers to terrorist violence. Adjusting for population size, in U.S. terms that’s 50,274 killed – an average of 728 per month.

This is why the Israelis built the “security fence,” or as it is known to members of NATHFE, the “exclusion wall.” For the crime of defending themselves, Israelis under siege were characterized by some British academics as “worse than Nazis” and as perpetrators of “genocidal policies” that justified the rash of Palestinian suicide killings. Such academics, however, did not condemn the anti-Jewish, genocidal Islamist propaganda that turned countless adolescents into brainwashed, brutal killers.

What Columbus was Really After – Phantom Nation [audio] 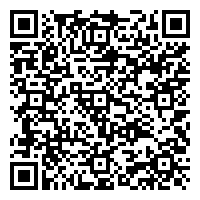