The horror of National Socialism is so profound and universally acknowledged that comparing our current political and social climate with the rise of the Nazis is sometimes too often and too easily done.  The radical left four decades ago observed that Hitler called for “Law and Order,” just as conservatives were doing then.  Conservatives have noted that the rise of paganism in American culture and the deconstruction of moral values pushed by the left hearken back to another grim legacy of Nazism.


There are, however, some chilling suggestions in politics and government today that draw memories of the last days of that failed German republic.  Consider two of the most notorious changes in the German nation as it moved from Weimar Germany to Nazi Germany: the destruction of the sovereignty of state governments and the replacement of the national legislature with unchecked executive power.

A vital but usually ignored part of the Nazi revolution in Germany was the reduction of robust and independent German states to the status of mere appendages of the federal government.  At the time, outside observers found this the most critical aspect of Nazi government.  As early as 1939, Hamilton Fish Armstrong, in his book Hitler’s Reich, noted that “[f]ederal Germany is gone.  The Gleichschaltung law disposes of the prerogatives of the separate States, and Nazis leaders have been named Statthalter, with power from Berlin to dismiss State governments should they not prove fully amenable.”  Clarence Street wrote in 1941: “One of Hitler’s first acts was to abolish the German federal system.  Once he had removed the powerful brake which state rights provide, totalitarianism sped on.”  Oswald Dutch, in his 1941 book Hitler’s 12 Apostles, wrote: “[The Nazis] systematically set about dissolving the individual provincial governments, eliminating the provincial assembles, and uniting all powers in the hands of the central government in Berlin.”

As Weimar Germany slid to Nazi Germany, another disturbing trend was the reduction of the national legislature to irrelevance.  In the last years of Weimar Germany, President Hindenburg began ruling Germany by emergency decree.  On the pretext that the Reichstag could not operate, the executive branch of Weimar Germany simply began acting without legislative consent.

This is eerily close to what the president of Weimar Amerika, Barack Obama, is doing openly today.  Because Congress is not doing what Obama wants, he is amending or suspending statutory and regulatory provisions by something akin to Weimar presidential emergency orders.  Because he does not like some of the provisions of his signature law, ObamaCare, the president is blatantly ignoring his duty to faithfully executive the laws of our nation.

In both of these cases — turning state government into bureaus of the federal government and the use of presidential orders to govern instead of legislative action — the left’s goal is to gut the power of  those parts of a constitutional system intended to operate as checks on rogue federal executives, and to destroy the system of checks and balance within that constitutional system.

There are differences, of course, between the last days of  Germany’s Weimar Republic and today’s usurpations of power by the president of our republic.  The principle of diffusing power among several independent parts of a federated system of government, however, remains.  Dictatorships in constitutional systems begin when screeches for the urgent need of collapsing power into the hands of the “national leader” are allowed to prevail. 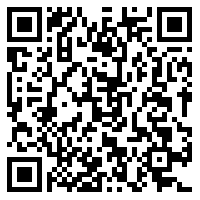