Governmental regulation of religious education is fraught with difficulty. Both the state and parents have an interest in producing well-educated and healthy children, but parents also have the right to pass their religious heritage on to their progeny. What should be done when parents believe the state’s educational requirements are incompatible with their religious faith?

The story starts 99 years ago, in the aftermath of World War I, when Nebraska prohibited teaching German to students. In 1923, the Supreme Court in Meyer v. Nebraska, struck this law down. While it allowed the government to regulate many different aspects of school, it didn’t think it could regulate additional items that parents wished to teach their children.


The story continues in Oregon where, in a fit of anti-Catholic bigotry, the electorate voted to prohibit all private school education. In 1925, in Pierce v. Society of Sisters, the Supreme Court declared this ban unconstitutional – again because parents have the right to provide their children with a private education that meets state standards.

In 1944, in Prince v. Massachusetts, the court allowed a state to enforce its curfew rules against children even if they were working late as part of a church group as per their parents’ wishes. The court argued: “The family itself is not beyond regulation in the public interest, as against a claim of religious liberty. And neither the rights of religion nor the rights of parenthood are beyond limitation.”

The next famous case is Wisconsin v. Yoder, decided in 1972. Wisconsin had – as every state has today – a mandatory attendance law for all children under 16. A group of Amish parents sued, arguing that compulsory education past 8th grade was contrary to their faith. To nearly everyone’s surprise at the time, the court found that the parents’ fundamental right to raise their children as they saw fit outweighed the state’s interest in the children being educated. Parents may, the court said, refuse to educate their children in school, and have them work on a farm instead, if their religion so demands.

So here is the law as it stands now:

1) The state can regulate the educational content of private schools to insure a minimum curriculum.

2) Parents do not have to send their children to any school at all if they religiously object to the compulsory school system.

The practical tension is clear: States can force schools to adhere to their standards, but they cannot force children to go to school.

This tension could grow significantly within the Orthodox community if states consider using their power to require private schools to teach comparative religion, for example, or a particular subject matter that is often taught in public school but which most Orthodox Jews would consider immodest or immoral.

We need not even go that far. Recently, New York’s Education Commissioner set educational standards for private schools that violate the religious sensibilities of many, especially Brooklyn chassidim. If these chassidim refuse to cooperate, New York may force their schools to close down. The parents, however, can prevail by invoking Wisconsin v. Yoder to not send their kids to any recognized school at all. Parents will then have to educate their children on the chassidic equivalent of an Amish farm in Brooklyn.

So the state will win by closing schools and the parents will win by refusing to send their children to any school at all. If our community is not careful, we will come to an absurd standoff with no winners – not the state, not chassidic parents, and certainly not their children.

So what’s the solution? It’s not legal. The law gives everyone just enough rights to hurt children, not help them. The solution, therefore, is clear. If religious parents want less education than the state mandates – or refuse to teach subjects that conflict with their religious faith – compromise is necessary.

First, the state needs to provide heightened financial inducements and assistance to schools to raise their standards of secular education, while treading very carefully in areas of sincere religious objections (like subjects that are immodest in nature).

Second, parents and schools need to realize they cannot expect to get significant state aid if they do not meet the state’s educational requirement in any reasonable way.

Third, the state needs to be realistic and recognize that no school system is perfect – not the public school system and not the yeshiva system – and over-regulating yeshivos because a few of them fail to provide even a minimum general education might not be wise when so many public schools have failed their students as well.

Fourth, courts need to be zealous in making sure state regulations are not simply a masked attempt to abolish all private religious schools, requiring standards that cannot be met and aren’t met by public schools if we are honest about it.

A compromise can be reached that will provide an incrementally better education for children, but only if everyone does not invoke their maximal legal rights. We must all care about children more than we do about abstract rights. 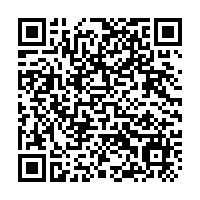