On July 14, unidentified ultra-Orthodox extremists vandalized and destroyed a memorial that was set up to commemorate the deaths of 45 people, most of whom were from the ultra-Orthodox community, at the site of the deadly stampede in Meron.

The memorial had been erected on the outside wall of United Hatzalah’s medical clinic, which was a few meters away from where the tragedy occurred during the Lag Ba’Omer festival. This desecration is a terrible insult to the families of those who perished. And it represents an extremism that, unfortunately, has continued to fester inside some communities in Israel.


Meron was the worst civilian tragedy in Israel’s history, and every Jew in Israel — religious and secular alike — took it to heart. People all over the country lined up for hours to donate blood after the tragedy. Everyone wanted to do what they could to help in the face of this horrible disaster.

Groups like Neturei Karta and similar extremists are destroying the upstanding reputation of the ultra-Orthodox community in Israel, which birthed an overwhelming number of chessed organizations that help everyone in Israel, ultra-Orthodox and non-Orthodox, Jewish and non-Jewish alike. These organizations include Yedidim, Ezer MIzion, Yad Sarah, our organization, and many others. The amount of volunteering that takes place in Israel by people who simply want to help others is unmatched anywhere else in the world.

These small groups of extremists, who are really akin to idol worshipers, care more about controlling the site of Meron than they do about people’s lives. When they saw the faces of those who were killed in the tragedy and heard that the government was planning an investigation, they took matters into their own hands and lashed out by desecrating the memorial that had been set up for the fallen.

They had no remorse or kindness for the families of the victims — no qualms about disgracing the memory of 45 holy Jews who died celebrating a Jewish festival; one that the ultra-Orthodox community, in particular, celebrates widely.

Video footage showing these radicals tearing down the memorial was sent to me by a very special person, Aryeh Morris, the father of Donny Morris, a beloved boy who was one of the 45 people who died in the tragedy. I was so angry when I saw it that I had no words. I was devastated, but not nearly as devastated as Donny’s family was. I was embarrassed to no end by the actions of others who claim to have a Jewish heart. I don’t understand how someone with a Jewish heart, who comes from a community that upholds the Jewish ideals of kindness and chessed, could do such a thing. What’s worse, the incident occurred during the nine days before Tisha B’Av.

We really don’t want to get to where other countries are, having to fight radicalism among our own populations. We are a peaceful country with a people who are filled with loving-kindness. Therefore, it is imperative that each of us weed out radicalism wherever we find it, in all of its forms. We must be successful, or we will bear the consequences for generations to come. 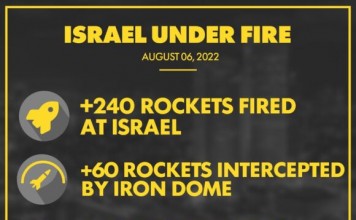 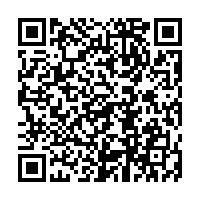