{Editor’s Note: The following is adapted from Ambassador Prosor’s speech to the UN General Assembly on Nov. 24}

I stand before the world as a proud representative of the State of Israel and the Jewish people. I stand tall before you knowing that truth and morality are on my side. And yet I stand here knowing that today in this Assembly, truth will be turned on its head and morality cast aside.


The world’s unrelenting focus on the Israeli-Palestinian conflict is an injustice to tens of millions of victims of tyranny and terrorism in the Middle East. As we speak, Yazidis, Bahai, Kurds, Christians, and Muslims are being executed and expelled by radical extremists at a rate of 1,000 people per month.

How many resolutions did you pass last week to address this crisis? And how many special sessions did you call for? The answer is zero. What does this say about international concern for human life? Not much, but it speaks volumes about the hypocrisy of the international community.

Of the 300 million Arabs in the Middle East and North Africa, less than half a percent are truly free – and they are all citizens of Israel. Israeli Arabs are some of the most educated Arabs in the world. They are our leading physicians and surgeons, they are elected to our parliament, and they serve as judges on our Supreme Court. Millions of men and women in the Middle East would welcome these opportunities and freedoms.

Nonetheless, nation after nation will stand at this podium today and criticize Israel – the small island of democracy in a region plagued by tyranny and oppression.

Sixty-seven years ago this week, the United Nations voted to partition the land into a Jewish state and an Arab state. The Jews said yes. The Arabs said no. But they didn’t just say no. Egypt, Jordan, Syria, Iraq, Saudi Arabia, and Lebanon launched a war of annihilation against our newborn state.

According to the United Nations, about 700,000 Palestinians were displaced in the war initiated by the Arabs themselves. At the same time, some 850,000 Jews were forced to flee from Arab countries.

The difference is that Israel did its utmost to integrate the Jewish refugees into society. The Arabs did just the opposite.

The worst oppression of the Palestinian people takes place in Arab nations. In most of the Arab world, Palestinians are denied citizenship and are aggressively discriminated against. They are barred from owning land and prevented from entering certain professions.

And yet none of these crimes are mentioned in the resolutions before you.

When it comes to matters of security, Israel learned the hard way that it cannot rely on others – certainly not Europe.

In 1973, on the holiest day on the Jewish calendar, the surrounding Arab nations launched an attack against Israel. In the hours before the war began, Golda Meir, our prime minister then, made the difficult decision not to launch a preemptive strike. The Israeli government understood that if we launched a preemptive strike, we would lose the support of the international community.

As the Arab armies advanced on every front, the situation in Israel grew dire. Our casualty count was growing and we were running dangerously low on weapons and ammunition. In this, our hour of need, President Nixon and Secretary of State Kissinger agreed to send Galaxy planes loaded with tanks and ammunition to resupply our troops. The only problem was that the planes needed to refuel en route to Israel. 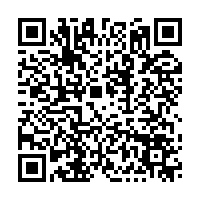