Jane Eisner, progressive-activist-cum-editor-in-chief of the Forward, is concerned about the upcoming Jerusalem Post conference in New York.  The conference, now in its seventh year, features an array of pro-Israel speakers, that, Eisner grumbles, “leans right (and very male).”  Her swipe at the apparent gender inequity is dwarfed, however, by her primary question: “Why is Sebastian Gorka Speaking at a Major Jewish Conference?”


Given that Dr. Gorka, a Deputy Assistant to President Trump, is one of the Administration’s and the media’s most prominent voices on national security and counterterrorism, the answer seems obvious.  But to Eisner and her allies in the progressive vanguard committed to turning America’s Jews against their friends and protectors, while delivering us into the arms of real anti-Semites, the question has deep meaning.

Eisner is upset that mainstream, credible, responsible groups and publications reject her campaign of character assassination, libel, and innuendo against Gorka.  Over the past few months, the Forward has published literally dozens of articles defaming Gorka as an anti-Semite and a Nazi sympathizer. Not one of the Forward’s articles points to a single thing that Gorka has ever said or done that is remotely anti-Semitic or sympathetic towards Nazis.  Why?  Because it is a lie. Because the allegations are backwards.  Gorka’s writing, speeches, and other work are harshly critical of totalitarian movements—specifically including Nazism, which he condemns explicitly and repeatedly as barbaric and evil.  They emphasize the current Islamist threat, and call for a concerted effort combat global anti-Semitism. Even the anti-Trump BuzzFeed, which sent a reporter to Hungary to dig up dirt confirming the attacks, was forced (amidst its snark) to concede that Gorka actually suffered career setbacks there for being too aligned with Western liberal democratic values, and not anti-Semitic. Contra Eisner, Gorka is a perfect and timely speaker for the Jerusalem Post.

The Forward, along with its allies at LobeLog and The Anne Frank Center, have taken it upon themselves to destroy a decent man and a friend of Israel.  Which leads to questions at least as intriguing as Eisner’s: Who are these attackers?  Why have they targeted Gorka?  Why is the putatively Jewish Forward (Eisner dropped the word “Jewish” from its masthead a couple of years ago) providing a platform to anti-Jewish and anti-Israel extremists in the service of an Islamist-friendly agenda?

It is revealing that the first attack came courtesy of a LobeLog operative named Eli Clifton.  Clifton’s first innuendo-laden broadside, expressing grave concern about “anti-Semites” in President Trump’s orbit, is tragicomic.  Clifton is best known for his own alt-left anti-Semitism that includes frequent contributions to the virulently anti-Israel and anti-Jewish Electronic Intifada, along with numerous other sources expressing comparable views.  The Obama Administration and its cronies at the progressive Center for American Progress distanced themselves from Clifton because his rhetoric—“infected with Jew-hatred and discriminatory policy positions toward Israel” according to the Simon Wiesenthal Center, the American Jewish Committee, and the Anti-Defamation League—was too much even for them.  His colleagues at LobeLog, several of whom have joined his defamatory campaign against Gorka, boast comparable records of “concern” about Jews, Israel, and anti-Semitism.  Incredibly, Eisner uses Clifton as a contributor to The Forward.

Meanwhile, Emma Green of The Atlantic—hardly a right-wing publication—wrote a detailed expose of the sham that is The Anne Frank Center for Mutual Respect.  Another progressive, political-operative-cum-community-organizer Steven Goldstein, took over a small, well-meaning, but largely ineffectual organization with one real asset: a great name.  He proceeded to replace its personnel, eliminate its scholarship and research functions, build up its advocacy and fund-raising, and change its mission. “Rapaport, the organization’s new board chair, said it is neither a Jewish organization nor a Holocaust organization,” reports Green. The Atlantic labels the group “aggressive,” “hyperbolic,” and “stridently partisan.” Alan Dershowitz criticizes Goldstein for “irresponsible, exaggerated statements designed to bring him publicity.” Yet the Forward disingenuously cites the nakedly partisan political operation as a legitimate Jewish group and an authority on anti-Semitism.

Virtually all other attacks against Gorka come from dedicated members of the anti-Trump “resistance” and Democratic politicians citing to the Forward, LobeLog, or the Anne Frank Center—providing echo-chamber faux “validation” that Eisner then cites in return.

Why are they targeting Gorka?  Perhaps because of who Sebastian Gorka is, and who his real opponents are.

Dr. Gorka has written passionately about the Islamist threat to Western civilization and the ways to defeat it.  When the Iron Curtain fell, the British-born Gorka moved to Budapest, to help right-leaning political parties integrate Hungary into the free market and the West.  That work earned him two legitimate—and very dangerous—enemies: Islamists and George Soros. Add Gorka’s status as Trump White House point person and regular media presence in the war against radical Islam, and the reasons for the bullseye on his back become clearer.

Islamism is a violent, supremacist, political movement out to conquer the world in the name of its specific interpretation of Islam.  It is a clear, distinct, mainstream movement within contemporary Islam.  Islamists deploy civilian populations as human shields, hiding among Muslim adherents of different movements and throughout the West.  Many leftist organizations and publications—including the Forward—work overtime to condemn all efforts to differentiate Islamists from other Muslims as “Islamophobia.”  Gorka’s work is replete with such efforts.

George Soros is the single greatest benefactor of the radical left.  Soros spent his teen years as a Jewish child in Nazi-allied, then Nazi-occupied, Hungary.  While he denies having been a collaborator he reportedly boasts about having played Nazi atrocities to his own benefit.  The enormous wealth he accumulated as a currency speculator has allowed him to foment hatred of, and to sow dissent within, Hungary (the land of his birth), Israel (the land of his ancestors), and the United States (who liberated Hungary and the Jews).  We leave it to psychologists to connect those dots.  The dots connecting Soros to numerous radical leftist groups are well documented—as is his antipathy for anyone working with the Hungarian right.

The truly disturbing part of this story, however, has little to do with Dr. Gorka and everything to do with the Jewish left.  A decade ago, Jeremy Ben Ami and Peter Beinart led the effort to mislabel the radical left’s bedrock anti-Israel policies as “progressive pro-Israel.”  Far from mollifying the left, their efforts justified and inflamed ever more violent hostility against Israel and Jews. Eisner and Goldstein are now embracing and relabeling the left’s classic Jew hatred as “progressive pro-Jewish.”  On planet progressive, those—like Gorka—who embrace Jews and Israel, but reject progressivism, become anti-Semites.

Goldstein’s brazen and shockingly ghoulish misappropriation of Anne Frank’s name to slander political opponents diminishes not only a murdered Jewish girl’s memory, but a global humanizing symbol of the millions of victims of a unique event – the Holocaust – whose scope and naked evil are almost impossible to comprehend.  By redefining their brand of “progressive” as “Jewish” and accusing every competing political agenda of anti-Semitism somehow akin to Nazism, today’s Jewish progressives are not only endangering Jews and Israel by mainstreaming radical Islam, they are making Nazism itself and the extermination of Europe’s Jews petty, small, and something far less than the absolute evil it was.

In Caroline Glick’s words, “the Jewish Left in the US has decided to cut itself off, once and for all from Jewish interests in order to advance the interests of the radicalized Left it wishes to be a part of. The radicalized Left, run by a consortium of Islamists like DNC vice chair and former Nation of Islam spokesman Rep. Keith Ellison and communists like DNC chair Tom Perez is anti-Semitic. So it only makes sense that leftist Jews, like the folks at the Forward would use the fact of their Jewish birth to libel non-leftists, anti-communists and anti-Islamists like Gorka by accusing them of anti-Semitism.”  As Tablet’s Liel Liebovitz recently noted, Gorka’s attackers – Eisner, Clifton, Goldstein, et al. – are, in fact, engaging in a particularly depraved and dangerous variant of Holocaust denial.

Meanwhile, Sebastian Gorka is engaged in making sure that “Never Again” actually has meaning. The Jerusalem Post is to be commended for seeing through the smokescreen. 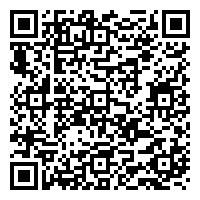