The framework of the United Nations organization includes most of the international organizations that have an automatic majority against Israel. By strengthening this context, the PLO gains a compelling solution that could obligate Israel to accept positions that it cannot normally agree upon, such as on the 1967 borders or the refugee question.

U.S. Ambassador to Israel David Friedman’s recent remarks on Israeli claims in Judea and Samaria only intensified Palestinian concerns regarding the loss of a primary lever for putting pressure on Israel, specifically, the United Nations and the international organizations connected with it.

The conference in Manama is a regional framework that is outside the parameters of the United Nations. Therefore, Palestinian participation in it would be tantamount to an admission that the PLO’s United Nations strategy has failed.

The PLO has launched a series of “emergency meetings” on the issue. Palestinian diplomats are trying to rally the support of the countries in the United Nations, in the “third world,” China, and Russia, and they are also seriously considering issuing a denunciation of the Arab countries supporting Trump. However, they are very wary of displaying open discord with these Arab countries.

Another option to be discussed by the Palestinian Authority is a return to the Arab “masses” exerting pressure on their leadership.

The Bahrain assembly needs to inform the “Palestinian leadership” that the “Arab masses” have other troubles, and they are no longer interested in the Palestinians.

(Pinhas Inbari is a veteran Arab affairs correspondent who formerly reported for Israel Radio and Al Hamishmar newspaper, and currently serves as an analyst for the Jerusalem Center for Public Affairs)
Advertisement 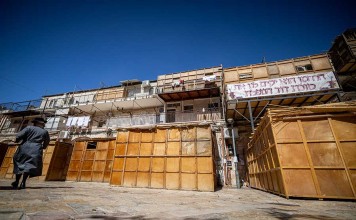