Rama: The reason for this is because denying the existence of the loan implies an admission that the loan was not repaid. A person’s admission is more credible than the testimony of one hundred witnesses. As for the debtor’s statement that he never borrowed money from the plaintiff, it has been undermined by the two witnesses who testified that he did.


Judgment will be entered for the lender without the need of him having to take an oath because by denying the existence of a loan later confirmed by two witnesses, the borrower assumes the status of a liar. If after paying the debt in accordance with the judgment rendered against him, the borrower sues the lender for recovery of the money – insisting that he has now paid twice, once as testified by the witnesses and a second time in compliance with the judgment – the recovery claim will be dismissed without the lender having to the Shevuat Heiset oath of denial.

Ner Eyal: By denying the existence of the loan, the debtor, by implication, also admits that he did not repay it. Nobody repays a loan he does not owe. Even if the court ignores the two irreconcilable statements, namely the witnesses’ testimony that the debtor repaid the loan and the debtor’s implied admission that he did not, the court is still left with the debtor’s statement that he never borrowed the money. This statement, however, is undermined by the testimony of two witnesses who testify that he did borrow money.

The debtor has been caught in a lie. He has lost credibility regarding the matter being litigated in the eyes of the court. A person assumes the legal status of a liar regarding the matter being litigated in court when his statement in court is subsequently contradicted by the testimony of two witnesses in court. Usually, where a defendant has lost credibility with the court, judgment will only be entered in favor of the plaintiff if the plaintiff takes an oath that he is telling the truth. But that rule applies where the defendant lost his credibility generally because he lied in another unrelated case, or otherwise suffered from the reputation of an untrustworthy character. Where however, the defendant was caught in a lie on the merits of the case being litigated, judgment will be entered for the plaintiff without his having to take an oath. 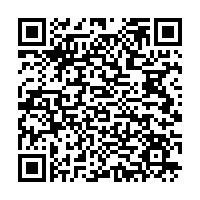