Ulla’s Murderous Companion
‘Yes! Cut Him Even Deeper’
(Nedarim 22a)


The Gemara relates that Ulla and two companions traveled to Eretz Yi1srael. During the trip, an argument broke out between the two companions, and one of them then proceeded to murder the other. The murderer then asked Ulla if he was right in acting the way he did. Ulla was loath to censure him. So instead, he replied, “Yes, you were right in killing him. You should cut him even deeper.”

When they arrived in Eretz Yisrael, Ulla visited R’ Yochanan and asked him if he was perhaps guilty of encouraging the wicked. R’ Yochanan replied that his response was necessary to save his life.

The Rosh writes somewhat cryptically that “in Ulla’s fear, he condoned the murderer, also so that the victim should die quicker.” At first glance, this statement seems to mean that Ulla had two intentions in telling the murderer, “You should cut him even deeper.” First, he pretended to condone the murder in order to spare his own life. Second, he wanted to hasten the death of the victim so as to spare him pain.

This explanation, though, is difficult to understand in light of the great value the Torah places on every moment of life. We learn elsewhere (Yoma 85a) that we may desecrate Shabbos to preserve the life of a dying man, even for just a few moments. How, then, could Ulla have encouraged the murderer to kill his victim quicker to spare him pain?

Perhaps the Rosh had something else in mind. Perhaps his explanation of Ulla’s statement is as follows: In Ulla’s fear, he encouraged the murderer to cut his victim deeper in order to convince the murderer that he supported his deed.

This explanation, though, is also problematic. It seems to imply that to preserve one’s own life, one may hasten the death of another. Yet, there is a general rule that one may not kill another person to save one’s own life. “Why do you think your blood is redder than his?” says the Gemara (Sanhedrin 74a).

Perhaps, however, Ulla’s situation was unique, and perhaps one may – indirectly – hasten the death of someone who is dying anyway to save one’s own life (see Tiferes Yisrael, end of Yoma; Minchas Shlomo 2:86, p.263, #3; see also Minchas Chinuch 296:28; Meiri, Sanhedrin 72b).

In other words, Ulla did not tell the murderer to hasten the victim’s death. The victim was already dead.

Perhaps the Rosh accepts this premise as well. According to the Rosh, then, Ulla encouraged the murderer to make the victim die quicker, pretending as if he thought the victim was still alive. However, Ulla knew that the victim was already dead and that “cutting him deeper” would make no difference.

In any event, our sugya is the subject of debate among the Rishonim with far-reaching consequences for the question of whether or not one may indirectly hasten the death of a dying person to save the life of another. 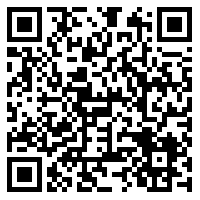