There are times in life when you’re super empowered and motivated and successful at achieving your goals. And then there are times when you’re dragged down by the past, not as energetic or inspired and just treading water. But G-d, in his mercy, will send you little gift-wrapped signs to let you know you’re still doing good – often by helping you do good without having to search out the opportunities. And of course they come in sequence and usually in threes.

My morning routine is an exercise in military precision – from the time I wake up at 4:45 to the time I get to work three and a half hours later. So on the bus, I say Tehillim. One time, a guy, a total stranger, gets on and comes over to me. He says excuse me could you please pray for Avraham ben Malka. I said sure, mentioned him in my prayers and for good measure added him to my mishmeret (and you can too). It felt good to be perceived as someone whose prayers would be answered, who has some clout with The One Above, even though I am one of many Tehillim ladies on the bus.


Two days later, a sweet young neighbor shyly knocked on my door. She wondered if I knew anyone who does hafrashat challah. I told her I would get some numbers for her and in the meantime put her on my mishmeret. Since I have access to dozens of women who do hafrashat challah – it’s a popular evening activity in my neighborhood – I soon had a few numbers for her and she arranged an evening within seconds. I, of course, asked to be invited. I was gratified to be able to help her and again pleased that she turned to me in the first place.

The next day, I get a call from a friend who is the founder of the Lemonade Fund, a fund that gives grants in Israel to people who are struggling both with breast cancer and finances. A few years ago, I made a disc of original songs with my musical colleague Linda Tomer with contributions from other songwriters, for her to sell to raise money for the fund. It turned out that she had just given some away to the women who had asked for help but didn’t actually sell them. Recently I’d also been unsuccessfully trying to organize a fundraising concert for her. So she calls and says that she’s organized a woman’s health event and would it be all right if she sold my discs at it. I told her, “Of course, that’s what I had made them for.” I asked her to let me know how many she’d sold. She called the next day and told me she’d sold a few. Not a lot, but every shekel counts. And it made me feel like I do too.

Sometimes we go out hoping to change the world, maybe ourselves in the process and be heroes. But somehow the opportunities are hidden away from us and we don’t know why. After all, all we want to do is help. But mitzvot, just like blessings, have their address and delivery date and G-d will entrust us with being His messenger when He deems the time is right. And sometimes, when we’re not chasing after chesed, it finds us when we’re going about our everyday business and lands, literally, in our lap or on our doorstep.

So I stopped treading water and started diving for pearls. 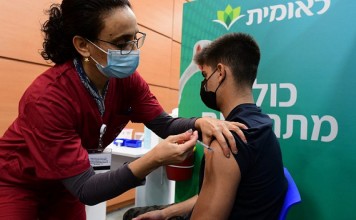