The modern state of Israel was established in 1948 amid many internal dilemmas and conflicts. For example, there were the different approaches of the Haganah, Irgun, and Lehi. Then there was the question of whether to accept Partition or not. And, of course, there was the strategic question of whether to focus on Jerusalem at the expense of other fronts. But one of the most pressing problems David Ben-Gurion had to deal with was the composition of the fledgling Israeli army.

The new army was made up of essentially two schools of soldiers. The first consisted of the mostly native born people who made up the Palmach, which was the strike force of the Haganah and later the IDF (Israeli Defense Forces). These young men and women were defined by their spirit, bravery, and ability to improvise. They operated in mostly small units and did not respect rank. They could be found as easily at an evening kumsitz singing together as they could be found training.

The second school of soldiers consisted of those people who had served in the British army or Jewish Brigade during World War II. They were trained to respect military hierarchy, structure, plans and discipline.

Leading up to the war there was a major competition and antagonism between the two groups. Certainly prior to the declaration of the state, the Palmach dominated the military. But as the Yishuv approached statehood Ben-Gurion realized that the Palmach’s skill set would not suffice against the soon-to-invade Arab professional and standing armies. To that end, Ben-Gurion began to appoint British trained officers to top positions to infuse their influence into the army, ultimately culminating in the decommissioning of the Palmach in the fall of 1948.

Some military historians believe that Ben-Gurion waited too long to do this. The Palmach, they argue, was really in over its head and had accrued way more defeats than victories. By tarrying so long Ben-Gurion almost lost the war. Others argue that without the Palmach and their dedication and fighting spirit there would never have been a state.

In discussion with some Israeli generals and military strategists on a recent trip to Israel, it seems that the truth is somewhere in the middle. Both types are needed in a modern army. To survive in the modern world an army needs structure. At the same time, if the fighting spirit and individual initiative are crushed under the constant weight of rulebooks and standard operating procedures, victories will rarely be achieved.

All organizations face this same challenge. On the one hand, to survive in today’s globalized and interconnected world, structure and order are entirely necessary. Yet, organizations whose structures create environments where individuals are afraid to try new things or “run” with their ideas, will not last very long. A balance is necessary. And like an orchestra’s conductor, leaders must know when to emphasize “order” and when to encourage their people to metaphorically throw away the sheet music and just do their thing.

The Torah, arguably, gives us this lesson in the beginning of Parshat Mishpatim, and then again in Parshat Terumah. Commenting on the first verse in the parsha, “These are the statutes you shall place before them,” Rashi states that Hashem commanded Moshe to clearly present and review the laws with Bnei Yisrael until they are as orderly as a set table. The Seforno similarly comments that the purpose of this parsha as introduced by this verse, is to clearly explain the dos and don’ts of interpersonal social and business relationships. As many commentators note, in order to function properly, a society needs a very clear legal guide.

Yet at the beginning of Terumah, the Torah commands Moshe to tell Bnei Yisrael that each person should donate to the Mishkan in accordance with his or her heart. We see that in this case, far from a strict standard, the Torah gives room for each person’s individual spirit to be the driving force when donating. Taken together the Torah is showing us that both approaches are necessary. A society needs laws to function, while at the same time it needs to provide opportunities within the structure for the human spirit to blossom.

I was once talking to a fellow educator about running a kumsitz on a Shabbaton. Now every Shabbaton needs structure and it also needs “breathing space” for somewhat spontaneous moments. He was debating whether to save money on a keyboardist and just use an iPhone. He asked me what I thought. I told him that if he has no choice, then he has no choice. But if he does have a choice then I asked him what would you do if the kids are really into a song and you want to sing the high part of the song another few times. With a keyboardist or guitarist – no problem. With the iPhone you’re a prisoner to the structure of the recorded song. An opportunity lost forever. 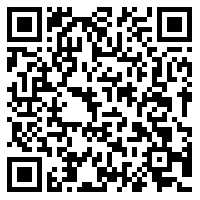