The Talmud Yerushalmi (Rosh Hashanah 56a) states: Which nation is great like Klal Yisrael? When a person is judged in the world, he wears black because he doesn’t know what the outcome of his judgment will be. But Bnei Yisrael wear white and joyfully eat and drink before they are judged knowing that Hashem will do miracles for them.

The Zera Shimshon explains that we are a unique nation because, as the Gemara says, (Yoma 86a), if even a single Jew does teshuvah, the entire world is forgiven in his merit. R’ Nachmani adds that the Jewish nation is considered one body, and each of its members is regarded as a limb. If one limb does teshuvah, it gains merit for the whole body.

Support for this idea is found in the Gemara (Temurah) where R’ Yosi states that the foot of a korban olah is considered like a whole sacrifice. The Talmud explains that if a person sanctifies even a single limb of an animal, its entire body becomes sanctified. (The Rambam codifies this rule as halacha.)

When a single Jew repents, he has in effect sanctified one of the limbs of the national Jewish body, which automatically sanctifies the entire body, rendering powerless the heavenly accuser’s prosecution.

This teaching illustrates how important each Jew is to the existence of the Jewish nation. Its national holiness rests on each and every one of its members.

The reason we merit miracles from Hashem every Rosh Hashanah is because we are one unified body, and every generation has at least one meritorious Jew in it. At least one Jew will always sincerely repent and have the great distinction of bringing merit to everyone.

Unlike other nations, the Jewish people are all connected and inextricably bound. Even the tzaddik is linked with the sinner. That’s why there’s a custom (mentioned by poskim) to try to make new friends during Elul and the Aseres Yemei Teshuvah. Perhaps one will befriend a righteous individual in whose merit one will be granted a favorable judgment.

That’s also why the Haggadah places the rasha next to the chacham. Although they are completely dissimilar, they still share a bond as brothers. Likewise, on Yom Kippur, before Kol Nidrei, we invite everyone to participate, including transgressors.

An individual from Antwerp, Belgium, who would come to Eretz Yisrael on occasion, gained an audience with the great Gerrer Rebbe, the Beis Yisrael. The Rebbe was deeply interested in the welfare of the people in Antwerp and was happy to see the devout visitor. A strong connection developed between the two, and every time the Yid visited Israel, he was warmly welcomed into the Rebbe’s presence.

Once, when he visited the Rebbe, he encountered a group of young people who were clearly far removed from Torah and mitzvos. Yet, their parents had been Gerrer chassidim who had survived the Holocaust, and the Rebbe seemed especially concerned about their welfare. In fact, the Rebbe introduced the Yid to one of the individuals, Yankele, who also happened to live in Antwerp.

Every time the Yid would visit, the Rebbe would urgently inquire, “How is my Yankele?” The visitor was puzzled by the Rebbe’s concern for Yankele, as if he were his own son, but said nothing. Finally, one day, he could no longer contain his curiosity and asked the Rebbe, “Why do you always call him ‘my Yankele’? He, and his friends have no shame. They publicly transgress the Torah, and even when they visit the Rebbe they do not dress appropriately.”

The Rebbe smiled and said, “With you I can share this secret. I try in every different way to instruct them to follow the right path. But,” he said, taking the visitor’s hand in his own, “they are not guilty at all. They simply could not withstand the difficult nisyonos that confronted them after the war.”

The connection the Rebbe felt to these young people was as strong, if not stronger, than any connection he had with his closest chassidim. That isn’t surprising, however, since the Rebbe often spoke about the Jewish nation being unique in that it constitutes one body. 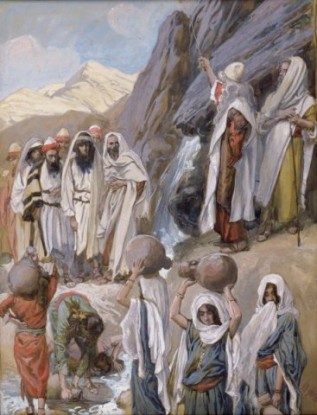 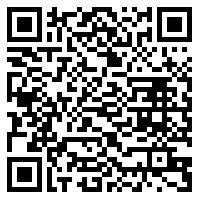