General Navon invited me to his office in the central army base in Tel Aviv. He greeted me warmly and thanked me for my impromptu talk, which he felt enhanced the image of the rabbinate. He soon engaged me in a Talmudic exchange on the topic of the classic agunah. Navon had just participated in the arduous task of being a member of the military beit din that had to resolve the personal status of women who were married to soldiers who did not return from the Yom Kippur War. I had just taught this topic in Michlalah and for the second-year students at BMT. We met each other head-on in rabbinic give-and-take. This was the start of an ongoing warm relationship between the general and myself. Navon then asked me where I desired to do my reserve duty. I came to this meeting prepared since I had inquired of my colleagues regarding the status of the rabbinate’s lecture corps. There was common agreement that the Midrasha Toranit was the most serious and significant educational venture of the military rabbinate. The Midrasha was located in the central army base in Tel Aviv. Soldiers chose to come to this institute to hear its lecturers. The Midrasha arranged seminars specifically programmed in accordance with the requirements of each participating group. Within seconds the general authorized the necessary documents. With the conclusion of basic training, I was now officially assigned to the Midrasha. It was to become my home away from home for the next fifteen years. (From Washington Avenue to Washington Street, Jerusalem: Gefen Publishing House and OU Press, 2011, pp. 296-298.)

Indeed, this feeling of Jewish peoplehood is the most dominant enhancement of our religious quests on the Israeli scene. We today have more than six million halachic Jews living in the Holy Land. We are challenged daily to comprehend the message of the Passover sacrifice.  We are forging a more unified people after so many centuries of diversified exile. Our Sages already declared: The synagogues and houses of learning in Babylon will come to be planted in Eretz Yisrael (Megillah 29a).


Perhaps this concept not only has reference to physical structures but to spiritual achievement as well. The uniqueness of the Torah civilization that enabled the survival of the various branches of the House of Israel in exile will gradually blend into a unified whole in Israel. May we be privileged to experience the total realization of the prophetic vision:

Thus said the Lord G-d: Behold, I am taking the wood of Joseph which is in the land of Ephraim, and the Tribes of Israel, his comrades, and I am placing them and him together with the wood of Judah; and I will make them into one piece of wood, and they will become one in my hand (Ezekiel 37:19). 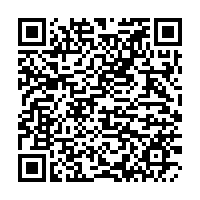