Rav Reuven Kerelenstein cites the Zohar, which states fascinatingly that the sukkah represents exile – which is what we say upon entering the sukkah: “In the merit of leaving my house to go out and enthusiastically fulfill Your mitzvos – may this be reckoned for me as if I have been exiled.” Says the Zohar: A person who refuses to sit in the sukkah causes his children to be exiled as he did not have the galus experience.

But this just strengthens our question. Shouldn’t going into “galus” be uncomfortable, by definition? If so, why should discomfort exempt one from having to fulfill the mitzvah?

The Torah (Vayikra 23:43) gives the following reason for sitting in a sukkah: “so that your generations will know that I caused the Children of Israel to dwell in booths when I took them from the Land of Egypt.” Sefer Be’er Yosef notes that throughout the 40 years the Jewish nation spent in the desert, they were essentially in exile. Yet, they merited unique miracles, including Miriam’s Well, which provided fresh water in the desert; manna that descended from Heaven; and Clouds of Glory that protected them and ironed their clothing.

When we celebrate Sukkos, we commemorate these miracles and thank Hashem for the great chesed and blessing He bestowed upon us. Thus, if one feels deprived or dispossessed, he cannot properly celebrate the great miracles that occurred in the desert, and that’s why someone who is uncomfortable in the sukkah is exempt from the mitzvah.

This mitzvah is also designed to instill strong emunah and bitachon in Hashem within us. It reminds us that Hashem pays attention to our needs today just as He protected the Jewish nation and performed countless miracles in their behalf during their 40-year sojourn in the desert.

Our sages tell us that when Yirmiyahu HaNavi saw that the Jewish people were not dedicating their time to Torah study, he questioned their lack of commitment. They replied: If we studied Torah all day, how would we earn a livelihood?

Yirmiyahu HaNavi responded by showing them the jar of manna from the Holy of Holies and said: Just as your forefathers were provided for in the desert while they were dedicated to Torah study, so too will you be taken care of by Hashem if you commit yourself to Torah study.

A know-it-all could have retorted: “You’re showing us the jar of manna that our forefathers ate in the desert. If I had manna coming down from heaven, I too would sit and learn. But I don’t see any manna on my doorstep this morning!”

But no one responded in this fashion. Everyone accepted the words of Yirmiyahu. Psikta Zutrasa Shemos (16:33) explains, Yirmiyahu told them (Malachi 3:6), “For I, Hashem, have not changed, and you, the sons of Yaakov, have not perished.”

The generation of the desert experienced open miracles; we experience hidden ones. The generation of the desert did not have to expend extraordinary effort, whereas we must. The Talmud tells us (Yoma 75a) that the manna fell at the opening of the homes of the righteous; beinonim (average people) had to go out of the camp to gather manna; and non-believers had to walk even further to gather their share.

Nevertheless, no one had to exert himself to sow, plant, water, and reap. Everyone received the manna prepared and ready to eat.

In our generation, since we are required to expend effort (hishtadlus), a person who toils l’shem Shamayim merits the fulfillment of “Hashem will command the blessing for you in your storehouses and your every undertaking; and He will bless you in the Land that He gives you” (Devarim 28:8).

Nonetheless, Yirmiyahu HaNavi pointed out to the people that they were exerting more effort than was necessary. The Torah (Shemos 16:18) states regarding the manna: “They measured in an omer, and whoever took more had nothing extra and whoever took less was not lacking; everyone according to what he eats had they gathered.”

A person only receives the amount of parnassah that was proclaimed for him in Heaven regardless of how much effort he exerts to earn his livelihood.

R’ Chanoch of Alexander once quoted the Zohar’s comment that the sukkah is the “shade of faith.” When a person sits in the sukkah, he expresses his complete emunah and bitachon in Hashem’s protection.

Someone in the audience listing to R’ Chanoch called out, “So why don’t we sit in the sukkah all year round?”

R’ Chanoch answered, “Abandoning our permanent residence and dwelling in the sukkah for even seven days is so significant that it leaves a deep-rooted impression that lasts for the entire year.” 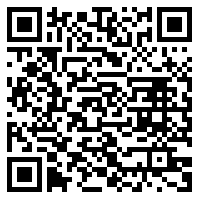