The Sefira countdown is complete, and the Jewish calendar now marks us as being in the month of Sivan. A wonderful month, to be sure, as Sivan is the time in which we receive the Torah on the holiday of Shavuos. However, since the chag takes place at the beginning of the chodesh, a growing Jew might just be left wondering what his avodah is for the remainder of the month. What is our job for these few weeks? What does Hashem want us to accomplish? Our journey has begun; let’s go!

It is well known that the avodah of a month is represented by its mazel. The constellation of Sivan is Gemini, commonly referred to as “the Twins.” Who are these twins and what are we supposed to learn from them? If we can answer this question, we will know our job for this time of the year.


In order to explain the lesson of ‘the twins’ we’ll need to take an extended detour and analyze the holiday of the month. The understanding we gain will give us the hint we need to truly understand what Sivan is all about. Here we go. As we mentioned before, Shavuos is the time when Hashem gives us the Torah. What exactly is this thing that we call ‘Torah’? Some of our unaffiliated brethren might say it’s a cultural document. Discounting this ludicrous option, a more connected Jew might say it’s our history. This too is largely inaccurate, as the historical aspect of the Torah is supremely peripheral when compared to its true purpose. A more knowledgeable Jew might say the Torah is a set of laws. Now at least we are getting closer to the truth, but even this definition is deficient.

The proper answer can be found when we note the meaning of the word ‘Torah.’ Quite literally, this word means ‘instructions.’ The Torah is primarily an Instruction Manual. However, this piece of information is not enough on its own. What is the Torah coming to instruct us how to do? Again, we will delineate the options. Maybe it’s instructing us on how Hashem wants us to live. This is true. But why does Hashem want us to live a particular way? Some will say it’s because the Torah way of life will make us holy. Again, this answer is true. But what exactly is this thing called holiness and why is it so special?

Let’s turn to the Derech Hashem (1, 2) where the Ramchal discusses Hashem’s purpose in creating the world. “Hashem’s will is to bestow good on others. However, since Hashem is perfect, it would not suffice for Hashem to bestow anything other than the ultimate goodness. Yet, this [ultimate goodness] is only found in Him. Therefore, Hashem’s desire can only be satisfied when He imparts the goodness of Him Himself. The reality of true goodness therefore is the state of dveykus – clinging to Hashem Himself.” This incredibly fundamental piece is saying is that the purpose of our existence is to cling to Hashem – because only that is considered true goodness.

However, clinging to Hashem is easier said than done. What does it mean to ‘cling’ to an infinite, non-corporeal Being? With physical beings we cling with physical arms, but what does it mean to cling to something spiritual? A complete exposition of this discussion is beyond the scope of this article, but in one word, the answer is “similarity.” Spiritual clinging can only be accomplished when we are similar to the one to whom we wish to cling. Therefore, only if we are similar to Hashem will we be able to partake of that ultimate goodness which is Him Himself.

So now we have the definition of holiness – similarity to Hashem. We also now know why it is desirable – because it’s the only true goodness. But how does one become similar to the Infinite Creator? The answer is – through the Torah. The Torah is an Instruction Manual which instructs us in this process of how to become similar to Hashem. While it is obviously impossible to fully comprehend the essence of our G-d, through the Torah we can learn how to become as similar to Him as we possibly can.

However, even with this clarity, we still need to delve further. How does one use the Torah to become similar to Hashem? How exactly must one utilize the Manual to achieve this goal? Let’s turn back to the Derech Hashem (1, 4). “Man’s spiritual soul is mired in the physical body. But precisely through the body, the soul can acquire [spiritual] nobility and honor… What this means is that Hashem commanded man to carry out certain procedures… and when man makes use of the [physical] world and carries out those procedures… the physical action will incorporate the perfection [of the ultimate goodness of Hashem Himself] into the one who does the procedure.”

In this aforementioned piece, the Ramchal is explaining to us what exactly Hashem has in mind when He commands us to do His mitzvos. Simply put, mitzvos are physical actions which magically make us more similar to Hashem! Sometimes this is easy to understand. We all know that giving tzedaka makes us more generous, and that chesed makes us more kind. Other mitzvos are harder to fathom. How does shaking a lulav or eating only kosher food make us similar to the Creator? The answer is that we don’t always know, but what we do know is that each and every one of the 613 physical procedures somehow makes us more similar to the Holy One.

It would seem that we’ve just about come to a complete understanding of the purpose of the Torah. However, this discussion would be incomplete if we didn’t also consider the concept of limud – studying the Torah. Torah can’t possibly be only about fulfilling the mitzvos – because we know that we are even supposed to study the parts that cannot be fulfilled for one reason or another. What is the objective of Torah study? If we were to follow our earlier assumption that the Torah’s purpose is to make us more similar to Hashem then the question is – how does limud haTorah accomplish that goal? The answer is that studying the Torah makes us think like Hashem. Torah study teaches us His views and approach. When we contemplate His words, we learn His perspective on everything. While mitzvos align our hearts to be like Him, Torah study straightens out our mind to think like His.

By now it should be eminently clear why Sivan is matched up with the Twins. Sivan is the month of the Torah – whose foremost purpose is to make us and Hashem into twins. The Torah is given to us so we can align our hearts and minds with the Holy One. May we be blessed with the ability to indeed become similar to Him, and thereby fulfill our destiny to be a Holy People. Have an accomplishing Sivan. 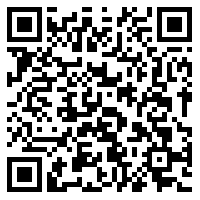