I’ve received numerous e-mails in response to my recent columns on the Sandy Hook massacre, gun control, and the violence and immorality in our society. Here is one of those e-mails, followed by my response.


I was deeply moved by your words about Sandy Hook and the brutality that has become the norm in our culture. I was especially inspired by your recommendations that might make a change in our world – at least in our Jewish world. You pointed out a need to present our children with role models who could become our role models as well. And even if they appear beyond our reach, at the very least we would have something to aim for – something to visualize in our hearts, minds, and souls.

The Midrash regarding Moshe Rabbeinu spoke to my heart. I had, of course, heard that particular Midrash many times before, but as so often happens, you hear something a thousand and one times without it making an impact and then suddenly you hear it one more time and it becomes life transforming.

When I read your article it suddenly hit me that the greatest man to walk on earth was not chosen for his brilliance, his power, or his wealth but simply because he realized one little lamb from his flock was missing. He went in search of it and when he found it drinking at a brook he picked it up, placed it on his shoulder and carried it back to the flock.

People need to think about that Midrash and contrast it with the heroes of today. I learned from your article that the greatest value we can impart to our children is to be more compassionate and more caring of others. But to teach compassion, care, and concern is no simple challenge, especially in our callous world. People today feel entitled and demand more and more. But if we consider your suggestions, at the very least we will have a framework to keep us anchored to a higher purpose.

Thank you, Rebbetzin, for all you are doing for our people.

I have often said and written that Hebrew, the holy tongue, is different from all other languages. Every word is definitive and speaks to us. You must only explore the concept, find the root, and suddenly you will have insight into that word that you never knew was there. For example, the word “compassion” in English or any other language has little meaning in and of itself. Everyone has his own version, her own interpretation, of what “compassion” means. In Hebrew, however, there is no such leeway. The Torah defines the meaning through the root of the word. Rachamim – the Hebrew word for compassion – does not allow for arbitrary interpretation. The word is derived from the root of the Hebrew word “rechem,” womb, teaching us that the way a mother feels about the child she carries under her heart constitutes compassion.

Moshe came by this feeling naturally. It was part of his spiritual heritage, a legacy from his great-grandfather Levi. In contrast to the other tribes in Egypt, the Levites were never enslaved. Nevertheless, Levi, the patriarch of the tribe, felt the impending bondage with such intense pain that when his sons were born he gave them names that would remind them of their people’s suffering. 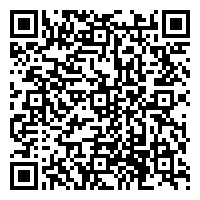