As Israeli officials work to untangle the mess at Ben Gurion International Airport in the wake of an international ban on flights in and out of Tel Aviv, an ominous question is hanging over the Jewish State.

Did the United States allow Hamas terrorists to rule over Israel’s skies? Why would an “ally” do such a thing?


Although the FAA lifted its ban — which had to be approved by the White House — by midnight Wednesday, it still wasn’t clear whether airlines got the message. Worse, perhaps they had.

The damage incurred by an unprecedented 48-hour FAA ban on flights to Israel by U.S. carriers was incalculable, triggering a cascade of bans and possibly unparalleled damage to Israel’s economy.

The European Aviatian Safety Agency (EASA) “strongly recommended” its airlines avoid operating in and out of Tel Aviv.

Many still have not reinstated their flights. Those that have still have not established regular schedules. Ben Gurion airport is still a mess, with desperate travelers trying to figure out how to find their luggage and fix their ruined plans. Tracking down food, caring for children, getting enough sleep, changing clothes and dealing with hygiene needs — all of these issues were cast aside by many airlines after the first 24 hours, and by some from the very start, travelers told Israeli radio interviewers.

Israel’s Prime Minister Binyamin Netanyahu offered his gratitude and special thanks to British Foreign Minister Phillip Hammond on Thursday in a news briefing with media, noting that apparently Britain alone understood the importance of not handing a “free prize to Hamas terror.”

Fifteen minutes before midnight, the FAA lifted its flight restrictions on U.S. airline flights into and out of Ben Gurion airport “by cancelling a Notice to Airmen it renewed earlier today…

“Before making this decision, the FAA worked with its U.S. government counterparts to assess the security situation in Israel and carefully reviewed both significant new information and measures the Government of Israel is taking to mitigate potential risks to civil aviation,” the notice read.

The back step followed a hugely publicized flight to Israel by former New York Mayor Michael Bloomberg, who scorned the FAA moved as ridiculous. Bloomberg immediately boarded an El Al plane straight to Tel Aviv, declaring to reporters that Ben Gurion International Airport is the safest in the world. The prime minister greeted Bloomberg at the airport, thanking him for coming and calling him a friend and a “man of principle and truth.” 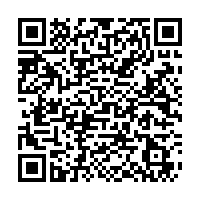