With holidays approaching and the recent launches (or non-launches) from Gaza, the IDF is taking no chances and is starting to redeploy the Iron Domes system again in Israel’s south, according to a Mako report.

At the beginning of the holiday period, talks between Israel and Hamas are set to re-continue in Cairo, and there is valid concern that Hamas will start shooting every time they don’t get what they want.

Despite that, defense official do not believe Hamas will actually begin shooting rockets at Israel over the next week or two. 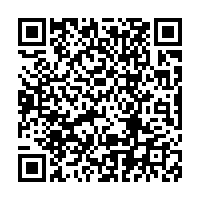