The Almagor Terror Victims Association and a group of bereaved families have requested an urgent meeting with Justice Minister Tzipi Livni. The request follows reports that Livni solicited the legal files of the terrorists who have been in Israeli jails since before the Oslo Accord, whom the PA is demanding be freed as a precondition for or part of political talks.

Almagor is concerned that this is a preparatory move for releasing a group of murderers whom Yitzhak Rabin refused to free as part of the Oslo Accord because they had blood on their hands.


Most of the individuals on the list, which Almagor has acquired, are murderers; some are accessories to murder; and a few “only” committed other violent crimes for which they were sentenced to multiple decades in prison. Most of the terrorists received at least one life sentence.

Almagor head Lt.-Col. (ret.) Meir Indor said: “If Rabin was ready to blow up the agreement over this point, then the justice minister, whose job is to maintain law and order, shouldn’t be seeking a deal to free these convicted murders. The price of such a deal would be damage to the legal system and to justice, as well as a security threat from the released terrorists.”

Indor further says: “Since the Schalit Deal there has been a dramatic rise in the number of terrorists throwing rocks and incendiary bombs, as well as dozens of abduction attempts.”

The terror victims also requested a meeting with President Shimon Peres, who has called for fulfilling the Palestinian demand to release terrorists in personal political remarks as well as in a Channel 1 interview.

“As a president who wants to hear and take into consideration what the whole nation wants, we would like to express to you our moral opposition to this move and the severe hurt it would cause the bereaved families, as well as our concern for Israeli security following their release.” 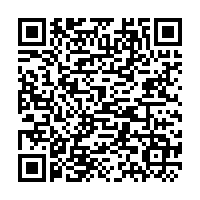