For the second time this week, Border Guard Police officers working at the Cave of the Patriarchs in Hebron prevented an armed Arab from carrying out a terror attack.

The forces discovered a concealed knife when they searched an 18-year-old Hebron resident upon his arrival at one of the checkpoints to the ancient site, police said.

The wannabe terrorist and the evidence of his intent were transferred to Israeli security personnel for further questioning. 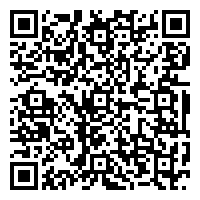