Cleared for publication: Israeli officials announced in a statement early Wednesday that an agent from the Israel Security Agency (Shin Bet) was killed Tuesday (March 9).

The agent died during an operation on Israel’s southern border with Gaza, apparently caught in the crossfire and hit by an IDF bullet, according to a report on the Hebrew-language 0404 website. The agent’s family has been notified.


The circumstances behind the incident are under investigation by the agency.

All other information remains under a gag order at this time. 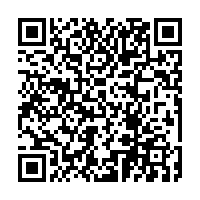