JERUSALEM – On Saturday night, June 14, Israeli Prime Minister Benjamin Netanyahu gave his first official statement on the kidnapping of the three Israeli teenagers near the Hebron area that took place on Thursday. “I can’t share everything we know, but I can say: Our boys were kidnapped by a terrorist organization; that is clear and there is no doubt about that,” said Netanyahu.

“We are in the midst of a widespread operation to locate and bring back the three young students. I spoke with their parents and I told them we are doing everything possible and more to bring back their boys, who are also our boys.”

The kidnapped boys are Gilad Shaar, 16, of Talmon, Naftali Frenkel, 16, of Nof Ayalon near Modi’in and Elad Yifrach, 19, of Elad, near Petach Tikva. The three were kidnapped by Palestinian terrorists as they were hitching a ride home from the Yeshiva High School in Gush Etzion region of Judea where they study, on Thursday, June 12.

The Israeli prime minister stated that he had spoken to the boys’ parents before the Jewish Sabbath. “The parents showed admirable restraint and strength of spirit. During these hours, the heart of the nation is with the teens and their families.”

Gilad Shaar’s grandfather, Shmuel, spoke to Israeli media on Saturday night, saying that the weekend had been one of the most difficult that his family has had to endure. “I want to say that we learned this Shabbat what we never knew before. It was a very difficult weekend…the uncertainty of everything.”

“But we feel just how much the state is doing their maximum to find our boys and the prayers of everyone as well as the knowledge that we live in Israel is what comforts me,” Gilad’s grandfather told the press.

“Gilad is a great kid. He’s been busy studying for end of the school-year exams.”

A massive recovery operation has been undertaken in the Hebron area with 2,000 Israeli troops including an elite brigade of paratroopers and an infantry battalion.

In 2013, Israel’s Shin Bet prevented 30 such abduction attempts by Palestinians of Israeli citizens and since the beginning of 2014, Israel has foiled 14 kidnapping attempts by Hamas and other terror organizations.

The Israeli prime minister also stated that the recent kidnapping was one of the difficult outcomes that have developed following the unity government between the Palestinian Authority and Hamas. “To my regret, this event underscores what we have been saying – myself, the Defense Minister and the Government of Israel – for many months: The pact with Hamas has led to very harsh results, results which are the exact opposite of advancing peace between us and the Palestinians.” 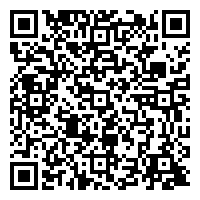