At a special press conference on Saturday night, Prime Minister Netanyahu stated unequivocally, “Our boys were kidnapped by a terrorist organization.”

“We see Abbas and the PA as responsible for all attacks that come from their territory, either Gaza or the West Bank… The claim that they are not responsible because it was in Area C is baseless. The responsible party is the one who controls the area from whence the terrorists came… All terror organizations, Hamas, the Islamic Jihad, are dedicated to the destruction of Israel… There is no possibility of talking about peace with Israel while having a government with Hams which is dedicated to the destruction of Israel.”


On Friday, Netanyahu spoke with US Secretary of State John Kerry and told him that Abu Mazen was responsible for the well-being of the missing boys. The Prime Minister added that what has been happening on the ground since Hamas’ entry into the Palestinian government is destructive and the result of the entry of a murderous terrorist organization into the Palestinian Authority government.

The three boys have been identified as Eyal Yifrach (19) from Elad, Naftali Frankel (16) from Nof Ayalon and Gil-ad Sheyar (16) from Talmon.

Netanyahu spoke with the families and told them Israel is doing everything to find them.

For those that want to say a prayer for the boys, their Hebrew names are:

We are in the midst of an extensive operation to locate and return the missing three boys. Three young students that were on their way home: Eyal Yifrach, Gil-Ad Sha’er, and Naftali Frenkel.

I spoke with their parents before Shabbat. I told them that we are doing everything that Israel can do, and more than that, to bring home their children, they are our children. I must say these parents showed restraint and mental strength are admirable. These difficult times the heart of the entire nation is with the boys and their families.

In consultation with the Minister of Defense, Public Security Minister, Chief of Staff and head of the GSS, I directed the following guidelines:

First, deploy all the tools at our disposal to locate the hostages.

Second, avoid the possibility of them being transferred to the Gaza Strip or anywhere else.

Fourth, demand that the Palestinian Authority and its leader Abu Mazen, from whose areas the kidnappers came from, do whatever it takes to help return the hostages safely. It is the responsibility of the Palestinian Authority. We hold Abu Mazen and the PA responsible for any attacks against Israel coming out of their territory, whether it is from the West Bank and the Gaza Strip.

The claim that the PA is not responsible for the incident because the kidnapping happened in an Israeli-controlled area is a baseless claim. Even when they carried out attacks, and we all remember them, in the center of the country – who was responsible is the governing authority from whence the terrorists came. This is exactly the case. The terrorists came from the Palestinian Authority’s areas.

This event demonstrates unfortunately what we have been saying – I, the Defense Minister and the Israeli government – for months: the alliance with Hamas brings the most worst results, results that are completely opposite to promote peace with the Palestinians.

All terrorist organizations – Hamas, Islamic Jihad and other terrorist groups – are committed to the destruction of Israel and they are encouraged by this agreement. Their people are always trying to kill, maim and kidnap Israeli citizens wherever they are – women, youth and children. They do not avoiding any target and they do not need any excuse, for any reason or no incentive to try to do so. And they did try it. For decades they try to abduct [our citizens], and unfortunately they sometimes succeed. Just last year, have thwarted dozens of such attempts.

My friends, we saw all the terrorist bases generated in the Gaza Strip when Hamas and other terrorist organizations took over. Now the agreement between Mahmoud Abbas and Hamas has opened the door to the Hamas takeover of the Palestinian Authority areas in Judea and Samaria.

I’ve said and I’ll say it again tonight: There is no way they can talk about peace with Israel at the same time form a unity government with Hamas, a terrorist organization seeking to destroy Israel. The same sources from the international community that said the Hamas-Palestinian Authority agreement will promote peace, we are now seeing the real consequences of this agreement.

Israeli citizens, in our region, countries are collapsing and imploding under the murderous attacks of radical Islam and terrorist organizations. Just standing firm and united, the entire nation has prevented and will continue to prevent their victory here. Again and again we find that we can only rely on ourselves – the IDF, the Shin Bet, the security forces, and your courage – soldiers and Israeli citizens. 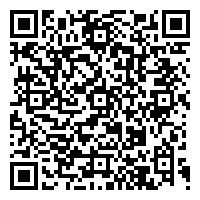