The families of twenty Israeli terror victims have won a monumental decision in the New York State Appellate Division (1st Dept.) in their case against the Bank of China (BOC). The Appellate Court affirmed that the civil action brought in 2008 by the Israeli victims of Palestinian rocket attacks and suicide bombings can proceed against the BOC in the United States.

Importantly, the Appellate Division also held that the trial court will apply Israeli law in hearing the case. The defendant had argued that Chinese law should apply as the BOC is headquartered in Beijing. This ruling will allow the non-American plaintiffs in the case to maintain their claims that the BOC was liable for providing financial services to Hamas and the Palestine Islamic Jihad (PIJ) terror organizations. Applying Israeli law, which differs from the Chinese law, would make it easier for the plaintiffs to prove that BOC officials had illegally violated banking regulations and US criminal statutes by carrying out money transfers for the terror organizations.

As the Court held: “We find that there is nothing repugnant to New York public policy in holding that Israeli law applies to this action. We also find that the complaint has sufficiently alleged negligence under Israeli law . . . Although a straightforward reading of the Israeli enactments would lead to the conclusion that they concern conduct that is broader in scope than most of what BOC is alleged to have done, the record contains opinions written by experts in Israeli law; plaintiffs’ expert explains that BOC’s alleged transmission of funds is sufficient to bring it under the enactment forbidding the “giving” or “payment” of funds to terrorist groups.”

The civil action brought on behalf of the victims and family members of victims of terror attacks perpetrated between 2004 and 2007 in Israel alleges that starting in 2003, the BOC executed dozens of wire transfers for the Hamas and PIJ totaling several million dollars. These dollar transfers were initiated by the PIJ and Hamas leadership in Iran and Syria, were processed through BOC’s branches in the United States and were sent on to a BOC account in Beijing administered by a senior operative of the Hamas and PIJ. From there, the funds were transferred to Hamas and PIJ leaders in the Gaza Strip and West Bank and used to carry out terrorist attacks. The families are seeking both compensatory and punitive damages.

According to the plaintiffs’ complaint, in April 2005, Israeli counter terrorism officers met with officials from the Chinese Ministry of Public Security and China’s Central Bank regarding these Hamas and PIJ wire transfers. The Israelis demanded that the Chinese officials take action to prevent BOC from making any further such transfers. Despite the Israeli warnings, the BOC – with the Chinese government’s approval – continued to wire terrorist funds for the Hamas and PIJ. The suit was brought against the BOC on behalf of the Israeli victims, alleging that the BOC had knowingly transferred funds for the Palestinian terror organizations.

Plaintiffs include the families of Emi Elmaliah, Israel Zamalloa and Michael Saadon, who were murdered on January 27, 2007 in a suicide bombing in a bakery in Eilat. The attack was carried out by a PIJ bomber from Gaza.

The Court’s ruling means that the families of the victims of the Hamas and PIJ rocket attacks can now proceed to the discovery and trial stages.

According to Nitsana Darshan-Leitner: “This is another obstacle we overcame in our journey to get justice for the terror victims. The court decision to apply Israeli law allows the terror victims to receive their day in court and to prove their allegations against the Bank of China. This decision joins previous decisions of the New York courts that ruled, that banks around the world will not be able to get away without pay in cases they were involved with terror financing That in the end of the day they will have to pay for their wrong doing and compensate the terror victims.” 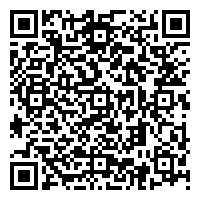