Israeli military forces are searching the area along the border with Gaza for any sign of tunneling activity by Hamas terrorists, according the Middle East News Line.

The IDF Engineering Corps has deployed with special detection equipment to search for tunnels believed to be under the Gaza border, according to sources quoted by MENL.


“It’s a real threat, although the army has not found anything significant,” the source said.

During Operation Protective Edge, numerous terror attack tunnels were found by the IDF, including several that led directly to Jewish communities located close to the Gaza border.

Terrorists used those tunnels to sneak up to the communities in attempts to carry out attacks.

In 2006 one such tunnel was used in the successful cross-border raid that resulted in the kidnapping of IDF soldier Gilad Shalit, who spent more than five years in captivity under Hamas in Gaza. 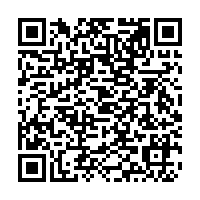