Israel will buy new choppers for the Israel Air Force to replace the Yassur helicopters that have been in service since the 1960s, the Defense Ministry announced Thursday.

“The decision to purchase new heavy lift helicopters for the IAF, after decades, is a significant step in progressing the IDF’s force build-up,” Defense Minister Benny Gantz said in making the announcement.


“It is also essential to the IDF’s ability to carry out a wide range of operational activities. The new helicopter is adapted to the [IAF’s] operational requirements and to the challenges of the changing battlefield.”

The decision was made following a professional assessment that included test flights in all the proposed aircraft, as well as a thorough examination of the various alternatives in terms of engineering, technological, maintenance and other considerations.

All details, including the number of helicopters requested, will be brought to the approval of the Ministerial Committee for Procurement as soon as possible, the ministry said.

The concluding discussion, chaired by the Minister of Defense, was attended by IDF Chief of the General Staff, Director General of the Ministry of Defense, IAF Commander, Maj. Gen. Amikam Norkin, and Head of the IDF’s Planning Directorate, Maj. Gen. Tomer Bar. 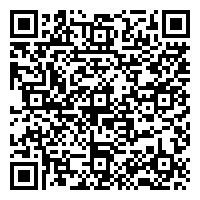