Most Lag B’Omer celebrations were just beginning to wind down at bonfires around the country.

Security personnel were searching the area to determine the exact impact site. 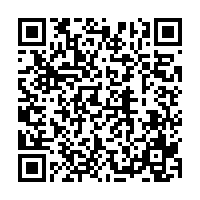