In the largest rally in Israel since the Gaza withdrawal this past summer, upwards of 100,000 people gathered in Jerusalem’s town center on Sunday to protest the use of excessive force last week against protesters during the evacuation of Jewish homes in northern Samaria.

“Yes it’s correct, Olmert is bad for the Jews … Olmert wants to shed Jewish blood and we won’t let him. We’ll remove him from office on election day,” shouted Israeli nationalist lawmaker Uri Ariel in addressing the crowd.

Ariel, along with other prominent speakers, demanded the establishment of a special committee to investigate what he said was police brutality against hundreds of protesters during the demolition last Wednesday of nine Jewish homes in the West Bank town of Amona. (See story, page 2.)

Olmert has rejected the call for an official inquiry, which was also voiced by Israeli President Moshe Katsav and several members of Knesset.

Last week, more than 1,500 Israeli Defense Force soldiers and Israeli police officers were called up to demolish the Amona homes after the court system ruled the houses were constructed without a permit.

The government said the homes could be rebuilt at a later date in the same community if the construction is coordinated with the Ministry of Defense. But Olmert ordered the demolitions be carried out immediately and reportedly instructed the military to use “all force necessary.”

During the demolitions, horse-mounted police, water cannons and specially trained riot officers faced off against hundreds of protesters who massed in Amona in hopes of halting the efforts.

Israeli television broadcast live footage of demonstrators, including women and children, being dragged and beaten by soldiers. Teenagers with bloody noses and head wounds were seen being removed from the scene. Police were videotaped using batons and gas canisters to clear the area of demonstrators.

More than 300 protesters were treated in makeshift first aid tents. At least 70 were evacuated to Jerusalem hospitals with moderate-to-serious injuries. Three Israeli nationalist lawmakers, Effie Eitam, Benny Elon and Aryeh Eldad were seriously wounded in the clashes. Eitam suffered a head injury after being pushed by soldiers. Elon was injured after reportedly being pushed off a bulldozer by troops. Eldad sustained an arm fracture after being shoved to the ground by police.

Elon accused Olmert of orchestrating the violence for votes. “I watched hundreds of protesters get brutalized by the police. It was all a show,” Elon said. “Olmert is not a military man. He doesn’t have a strong defense background like [Israeli Prime Minister Ariel] Sharon, who everyone knows can get tough. So Olmert’s public relations people told him he needs to act macho against the settlers ahead of the elections to prove to them he can push through what the extreme leftists want, a West Bank evacuation.”

This week, new allegations were made public by female Amona protesters accusing male soldiers of sexual assault and vulgar conduct. Some female protesters,including teenagers, said they were undergoing treatment after suffering from post-tramatic stress disorder.

“I promise you, the evening before the events in Amona, Olmert held consultations in which he ordered the police and the army to break our heads and our legs. He is the messenger, he and no other. A commission of inquiry is the only solution for the unity of the people,” Elon said.

Olmert fears a commission of inquiry because it could put him in prison,” protest organizer Pinchas Wallerstein of Israel’s Yesha Settlers Council said at the Jerusalem rally.

“The Amona evacuation was a horrid scene to watch on television,” said protester Andrew Greenberg, who described himself as an “extreme leftist and no friend of the settlers.”

The demonstrators filled up Jerusalem’s Zion Square near the city’s center and stretched several city blocks. Images of protesters being beaten by Israeli police during last week’s demolitions were broadcast on large screens.

Speakers blasted Olmert and held a prayer session for those wounded in Amona. Protest organizers said at least 100,000 Israelis were present. Police estimates of the crowd obtained by WorldNetDaily put the numbers at 90,000. Traditionally Israeli police estimates of rallies tend to caution on the lower side.

Some Israeli commentators have been questioning the timing of the demolition orders, which came as Olmert begins to launch his Kadima Party’s political campaign after his official installation last month as party chairman.

Olmert has expressed approval of West Bank withdrawals and has made statements to reporters about the possibility of vacating certain peripheral areas of Jerusalem. Formerly a mayor of Jerusalem, Olmert was the first Sharon deputy to go public with the Gaza-withdrawal plan.

The West Bank is considered landlocked territory not officially recognized as part of any country. Israel calls the land “disputed.” The United Nations claims the West Bank is “occupied” by Israel, which maintains overall control of most of the area while the Palestinian Authority has jurisdiction in about 40 percent. The Palestinians claim a population of roughly 2.4 million, but new demographic studies show the numbers likely are inflated. The actual Palestinian population could be up to 1 million less.

The territory remained under Jordanian rule from 1948 until Israel captured the West Bank in 1967 after Jordan’s King Hussein ignored Israeli pleas for his country to stay out of the Six Day War. Most countries rejected Jordan’s initial claim on the area, which it formally renounced in 1988.

The West Bank borders most of Israel’s major cities, including Jerusalem and Tel Aviv. Military strategists long have estimated Israel must maintain the West Bank in order to defend its borders from any ground invasion.

Many villages in the West Bank, which Israelis commonly refer to as the “biblical heartland,” are mentioned throughout the Torah. The Book of Genesis says Abraham entered Israel at Shechem (Nablus) and received God’s promise of land for his offspring. He later was buried in Hebron.

The nearby town of Beit El, anciently called Bethel meaning “house of God,” is where Scripture says the patriarch Jacob slept on a stone pillow and dreamed of angels ascending and descending a stairway to heaven. In that dream, God spoke directly to Jacob and reaffirmed the promise of territory.

And in Exodus, the holy tabernacle rested in Shilo, believed to be the first area the ancient Israelites settled after fleeing Egypt. 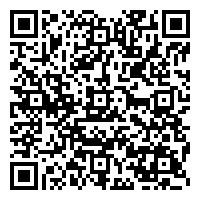