The Israeli government has approved a plan by the Civil Administration in Judea and Samaria to transfer the residents of Amona to another residential location of approximately 1600 dunams (395 acres) in the Binyamin region, east of Shilo.


Approximately 40 families currently live in Amona, which is located north of Jerusalem and next to the Jewish community of Ofra. The High Court of Justice found in December, 2014 that the community was built on private Palestinian land and that the residents of Amona must therefore be evacuated by the end of 2016.

The Defense Ministry has mapped out a plan to construct 140 housing units at the new site, at least 40 of which will be occupied by evacuees from Amona. However, Amona residents appear to be opposed to any compromise even at the expense of being evacuated by force.

“We strongly oppose the preparation of a neighborhood that’ll promote a population transfer of the residents of Amona,” a statement read on behalf of the community. “Any eventuality other than a resolution keeping us here may lead to a repeat of the painful images from the demolition of houses in the town ten years ago.”

on February 1, 2006, violent encounters ensued between Amona residents and their supporters, with Israeli police and security forces who arrived to follow through with an order from then Prime Minister Ehud Olmert to demolish nine permanent structures.

Bennett Folds Under US Pressure, Cuts Down Settlement Construction to 2,000 Units 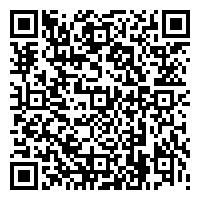