Prime Minister Ehud Olmert last week was presented with a proposal demanding the return to the state of more than 400,000 acres of land that were purchased by the Jewish National Fund using hundreds of millions in Jewish donor funds – mostly from the U.S., for the stated purpose of facilitating Jewish settlement in Israel.

If returned to the government, the JNF lands will be utilized for both Jewish and Arab construction and settlement, according to the proposal by former education minister and Israeli legal expert Amnon Rubinstein.

The proposal was in response to the Knesset’s passing last month of a preliminary bill which calls for all lands owned by the JNF to be allocated only to Jews since it was purchased on behalf of the Jewish people. Sources in Olmert’s office told WorldNetDaily that the prime minister supports giving the JNF land to both Arabs and Jews.

The Knesset proposal to allocate JNF lands only to Jews followed a widely-circulated exclusive report by this column revealing that hundreds of acres of key properties in Jerusalem, purchased by the JNF for Jewish settlement, were being used for illegal construction of dozens of Arab apartment buildings housing and for UN facilities.

The JNF seemingly has done little to boot the Arab squatters from its land, while the Israeli government, which manages the areas, has not halted the illegal Arab construction on the Jewish-owned properties

The Jewish-owned lands recently were blocked off from Jewish sections of Jerusalem and isolated to Arab neighborhoods by Israel’s security fence.

The director of a major Palestinian security force who coordinated security directly with U.S. officials is suspected of being an agent for Hamas.

Yussef Issa, director of the Preventative Security Services, is accused by Palestinian Authority President Mahmoud Abbas’s Fatah organization of working on behalf of Hamas, Fatah sources said. The PSS was the largest of the U.S.-backed Fatah security forces in Gaza until Hamas took over the territory last month. The force continues to operate in the West Bank and coordinate security there with the U.S.

Issa was one of a handful of top Palestinian militia leaders to hold regular security meetings with Lt. Gen. Keith Dayton, the American security coordinator in the region. The meetings were largely aimed at implementing the Dayton Plan, which called for the U.S. to strengthen Abbas’s security forces against the rival Hamas group.

Last week, an official Fatah committee presented Abbas with a 200-page investigation into the conduct of Fatah leaders and security officers who lost the Gaza Strip to Hamas. The report found the Fatah security forces in Gaza were infiltrated by “hostile elements,” including Hamas.

A top Preventative Security Services source in Ramallah said Issa is suspected of being “one of the most important Hamas infiltrators in Fatah. Hamas has been buying off agents at all levels both in Gaza and in the West Bank,” said the Preventative source. “The buying is still going on.”

In spite of the reports of Hamas infiltration, the U.S. and Europe last week shipped 6,000 assault rifles and over 1 million rounds of ammunition to Abbas’s security compounds in the West Bank.

Abu Abdullah, a senior member of Hamas’s “military wing,” told WND that U.S.-armed Fatah forces in the West Bank are heavily infiltrated by Hamas and that Hamas will soon seize American weapons shipments as they did in Gaza in June.

“Your American government didn’t learn its lessons from Gaza,” said Muhammad Abdel-El, spokesman for the Hamas-allied Popular Resistance Committees terror group. “We already are planning to obtain American weapons and takeover the West Bank like we did in Gaza with help from the Palestinian resistance, including elements in Fatah, the Al Aksa Martyrs Brigades and the Fatah Security Services. The Committees and Hamas have infiltrated very deep in Fatah.”

One year after the Lebanese Hizbullah militia fired more than 3,000 rockets into northern Israeli population centers, the Jewish state’s home front – especially Jerusalem and Tel Aviv – are largely unprepared for the event of war, officials say.

Olmert’s office recently released statistics stating about $1 billion was needed for construction of new civilian bomb shelters and renovation of older ones. But officials admitted even if the money is allotted, the country will not have enough shelters for about two years.

In central Israel, including Jerusalem and Tel Aviv, there are only enough existing shelters for 70 to 80 percent of the area’s residents. And of the existing shelters, officials say about two-thirds may be usable.

Israeli security officials say the population is ill-prepared for the event of a non-conventional war. According to statistics, only half of Israelis possess gas masks, and of those who do, many gas mask kits are thought to be out of date.

Some security officials complained the government hasn’t done enough to educate citizens on public safety in the event of the outbreak of war. A WND survey among 212 Tel Aviv residents revealed that about half of them didn’t know the location of the closest bomb shelter to their home.

Aaron Klein is Jerusalem bureau chief for WorldNetDaily.com.   He appears throughout the week on leading U.S. radio programs. 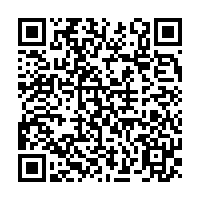