During her subsequent detention and questioning, the 14-year-old Arab girl who had been shot in the legs Wednesday morning reportedly told her interrogators: “I came here to die.”

The female terrorist was carrying a bag on Wednesday morning as she approached on foot the Eliyahu Crossing vehicle check post on Rt. 55 between Alfei Menashe and Karney Shomron in Samaria. The Crossings Authority security guards ordered her to stop and fired warning shots in the air, but the young woman continued to approach them, and when she put her hand inside her shirt the guards shot her in the leg to stop her.


No one else was hurt. A sapper was called in to examine the woman’s bag, and once he cleared the scene the terrorist received medical care. Her condition is light to moderate. 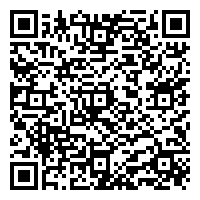