JERUSALEM – The Israel Air Force (IAF) attacked twelve terrorist targets in Gaza over night in response to several rockets fired at Israeli civilian targets from Gaza over the weekend, including one rocket that landed on a factory in Sderot, wounding four and destroying the factory. Firefighters fought long and hard to extinguish the blaze.


Defense Minister Moshe Ya’alon spoke yesterday with Mayor of Sderot Alon Davidi following the rocket barrage on his city. During the conversation Ya’alon strengthened the mayor and the residents of the area, stating: “We are working to restore quiet to the south. We will not tolerate attempts by terrorist organizations in the Gaza Strip to disrupt the daily routine of the residents of the south, and as we have operated in the past few days, we will also act harshly and decisively against terrorists firing at Israel, and strike them with a painful blow. You show leadership and responsibility in such situations, and together with the residents, who are unfortunately very experienced in such events and are also showing responsibility and steadfastness, you allow us to work optimally to restore calm to the area.”

Mayor Davidi stated: “Sderot residents are not deterred by the criminal and cowardly actions of the terrorists, firing rockets from Gaza into civilian population centers. We stand firm in order to provide full backup to the Prime Minister, Defense Minister and IDF to act firmly to bring back the boys and restore order to the area. We send our appreciation to the rescue forces who acted fast, thus saving four people who were in the factory that was damaged and consumed by the fire.” On Friday, the IAF targeted Osama Hassumi and Mohammad Fatzih, terror operatives who were responsible for firing rockets on southern Israel in the past weeks. They were further involved in several terror attacks against Israel over the past few years and were planning further attacks. IDF spokesman Lt. Col. Peter Lerner stated: “Militants like Hassumi and Fatzih, attacking Israel from Gaza, are not safe, do not have immunity, and will not be free to plan, plot and operate. We will continue to strike the instigators and agitators with patience, determination and precision. Gaza rocket terrorism does not pay”.

Earlier Friday an explosive device was detonated on the border with southern Gaza, lightly damaging an IDF military vehicle. No injuries were reported. IDF tanks fired at positions in Gaza known to be used as terrorist observations posts.

Over 30 rockets have been launched from Gaza at Israel since the beginning of Operation “Brother’s Keeper” to find the three boys abducted by Hamas terrorists over two weeks ago. Over 3.5 million Israelis are currently living under threat of rocket attacks. 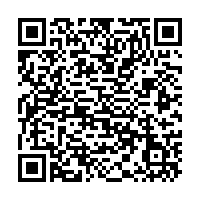