Three IDF soldiers were wounded on Tuesday afternoon in another barrage of rockets and mortar shells fired at southern Israel by Gaza terrorists, according to a statement by the IDF.

“Three IDF soldiers were injured, two lightly and the third moderately, as a result of the launches from the Gaza Strip. The soldiers are being evacuated to the hospital for medical treatment,” the IDF Spokesperson said.


The soldiers all suffered shrapnel wounds. They were evacuated to Soroka Medical Center in Be’er Sheva with injuries to head and limbs. One is reported in fair condition; the other two are reported in good condition, according to a hospital spokesperson.

Three people in Sderot were hurt while running to a bomb shelter, and a third was hospitalized with a severe anxiety attack. They were taken to Barzilai Medical Center in Ashkelon.

Earlier in the day, gardener Eyal Iraqi sustained shrapnel wounds when he was caught out in the field during a mortar attack. He told reporters he dropped to the ground, flat, as instructed when the shells began exploding around him, but one landed just a few meters away. “It’s all good,” he said, counting himself fortunate for having survived. He was evacuated to Soroka Medical Center in Be’er Sheva.

Dozens of Red Alert sirens blared through the communities of the central and western Negev, as well as the Gaza Belt region and coastal Ashkelon.

A mortar shell exploded in the yard of a Sderot kindergarten less than an hour before the children were to arrive; nevertheless, classes began on time, with the small students in their seats when they did.

President Reuven Rivlin called the children and spoke with them by speaker phone, wishing them a “calm day” and inviting them all to visit him at the presidential residence in Jerusalem. “What a magical person,” the teacher told reporters. 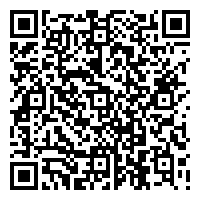