Prime Minister Benjamin Netanyahu announced at Sunday’s weekly cabinet meeting that Israel would not accept any ultimatum from Hamas.

“We are after a weekend of air strikes in Gaza,” the prime minister noted in his remarks.


“Yesterday we heard about an ‘ultimatum’ from Hamas to Israel.

“At no stage will Israel accept any ultimatum from Hamas. Israel will continue to act in accordance with Israeli interests and for Israel’s security alone.”

The so-called “ultimatum” was issued by the Hamas leadership on Saturday, an order to transfer $15 million in cash every month to Gaza in order to prevent further escalation, according to a report broadcast by Israel’s Channel 2 News Saturday night.

Hamas insisted the first payment must be transferred by Thursday, or Hamas threatened to intensify the Friday riots at the Gaza border fence, and force the IDF to kill even more Arab youths.

The money in question is that which is being provided by Qatar to the Palestinian Authority, for payment of salaries of its employees in Gaza.

Palestinian Authority leader Mahmoud Abbas has been holding up that process in recent months as a means of dominating the Hamas government, thus often preventing workers from receiving salaries. 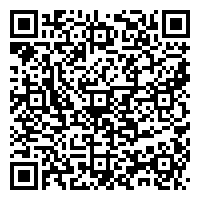