Hamas’s decision to refrain from entering this week’s violent cycle has led to a severe crisis within the Islamic Jihad leadership, Arab sources said Friday. Early Thursday morning, the terror group’s military arm pressed exacerbating the attacks on Israeli civilians, while the political arm supported the decision to seek a ceasefire.

Both factions are becoming convinced of the need for complete cessation of the military coordination with Hamas.


An anonymous political source in Jerusalem told Ynet earlier this week that “the Jihad is pleading for a ceasefire,” and vowed to abide by Israel’s policy of “Quiet will be answered with quiet.”

Minister Tzahi Hanegbi told Ynet that “Israel has reestablished its deterrence after this last round of hostilities – because Hamas stood up to the pressure exerted on it in Gaza and avoided entering this cycle.”

Hanegbi also said: “We have no problem with the fact that Hamas armed forces chased away the Palestinian Authority in 2007, becoming the leading, sovereign force in Gaza. We demanded that Hamas put an end to the Islamic Jihad activity, because over the last few months Hamas has committed not to act aggressively against us. But we saw that Hamas was not prepared to confront the Islamic Jihad, because their patron is probably Iran, and Hamas didn’t conflict with the Iranians. So we had to take the responsibility into our hands.”

The same Arab sources said that, following Hamas’s decision to refrain from participating in the hostilities, the military arm of Jihad is demanding the group abandon the joint military command with the rest of the terror groups in Gaza, including Hamas.

The departure of the Islamic Jihad’s military arm from the joint command would exempt it from any commitment to the general discipline that Hamas enforces on other factions regarding firing decisions, firing rates and ceasefire agreements.

The military wing also wants out of the Friday “return marches” in protest of Hamas’s inaction. This could harm Hamas, which hasn’t been able to round up sufficiently large crowds most Fridays.

The Jihad military arm felt that not only should this week’s cycle not be stopped – it should be escalated by more massive shooting and expanded ranges, into the weekend. The members pushing against the ceasefire are followers of the assassinated Baha Abu al-Ata in the northern brigade of the Islamic Jihad’s military wing.

Nevertheless, the Jihad political leadership in the Gaza Strip sided with the ceasefire. Now the political arm is split over the proposed departure from cooperation with Hamas. According to Arab sources, Muhammad al-Hindi, who is based in Cairo, has little patience for any form of reconciliation with Israel and therefore wants out of the joint command with Hamas; Khaled al-Batsh, who maintains close relations with Hamas, wants the Jihad to stay in the coalition despite Hamas’s betrayal.

It should be noted that al-Batsh’s livelihood depends on Hamas, which appointed him head of the Friday marches organizing committee. 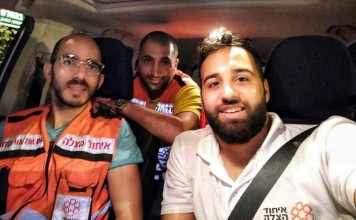