On May 11, Israel’s security forces foiled an attempt to smuggle materials intended for the manufacture of missiles by the Hamas terrorist organization in the Gaza Strip. The video published Friday morning shows the activity of IDF forces off the Gaza coast, during which two vessels were seized with 24 barrels containing rocket-making materials. The vessels were on their way to the Sinai.

A Shin Bet investigation revealed that the suspects were on their way from the Gaza Strip to the Sinai coast, as part of an attempt to smuggle contraband materials. The Israeli force seized 24 barrels of fiberglass, which is used by Hamas to manufacture rockets.

The IDF Spokesperson stated that “preventing the smuggling which was carried out with the cooperation of the navy, together with other elements in the IDF as well as security forces, damaged the capabilities of the Hamas terrorist organization, as part of the ongoing effort to thwart terrorist activities of any kind against the citizens of the State of Israel.”

The Commander of the southern navy arena, Colonel Yuval Ayalon, said: “We are placing clear boundaries in the maritime space off the Gaza Strip which allow innocent fishermen to earn a living, while at the same time defeating the efforts of terrorist organizations that threaten to harm the citizens of the State of Israel via the sea.”

Ayalon added that “dedicated and professional soldiers and commanders work day and night in order to maintain Israel’s security along its maritime borders, as did the fighters of naval detachment 916, in cooperation with the control and intelligence systems, thwarting a dangerous smuggling attempt into the Gaza Strip.” 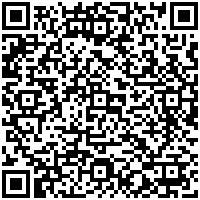