Fatah and Hamas will not run on a joint list in the Palestinian Legislative Council elections this May, according to an official statement from Hamas and statements by senior Fatah officials.

Fatah sources estimate that a warning issued by Shin Bet chief Nadav Argaman in his last meeting with Palestinian Authority head Mahmoud Abbas had significant sway on the decision to reject the possibility of establishing a joint list with Hamas.


The Fatah Central Committee, decided Saturday evening that the organization would continue preparations for dealing with a single, unified list of all the organization’s factions.

Fatah sources toll TPS that the decision among the Central Committee not to run on a joint list with Hamas stems from the warnings issued by the Argaman, who met with Abbas a few days ago and warned him of the consequences of Hamas’ participation in PA’s rule.

According to various sources, Argaman supposedly demanded the cancellation of the election, but Abbas rejected what was interpreted as an Israeli threat.

Referring to the meeting with the head of the Shin Bet, Jibril Rajoub, secretary-general of the Central Committee, said on Palestinian television on Tuesday that Abbas said to his guest, “you drank your coffee, Allah Ma’ak (God is with you), you can go, I am not the one issuing threats.”

However, Fatah sources claim that Argaman’s remarks have done their part and therefore it is not expected that Abbas will run on a joint list with Hamas. In a move designed to dispel allegations of Israeli dictates, Rajoub denied in an interview with Palestinian television over the weekend that the possibility of a joint list was discussed from the outset with Hamas and clarified that Fatah would present a list of 132 members, as the number of seats in the Palestinian parliament. Rajoub added that “as Fatah, we will fight in the elections on our own, and even if some factions join us, we will not rely on them.”

A senior Hamas official, Hussam Badran, also said in an official statement on behalf of the organization that Hamas did not intend to run on a bilateral list with Fatah, since its intention was to run on a national list that would include members of the various Palestinian factions that agree on a common denominator.

It should be noted that before Abbas’ meeting with Argaman and even in recent days, senior Hamas figures have made statements about their preference is for the joint list, as did Ismail Haniya, the Hamas leader in the Al-Quds newspaper. Hamas is now expected to present its separate list within days, as the list submission period will end on March 31.

A few days ago, Musa Abu Marzouk, a senior Hamas figure, claimed that Israel had threatened Abbas not to hold the election, but he refused Israel’s demand. Hussam Badran added in his statement that “the Israeli occupation fears Hamas’ victory in the polls and its return to the West Bank.”

“The occupation is the first and biggest beneficiary of the state of division and any attempt to heal the Palestinian rift is a real threat to Israel that does not want us to appear before the world as a civilized people,” Badran said.

Other sources in the PA explain that opposition among Fatah members, and especially among the field command and Hamas military wing activists to establish a joint list thwarted this possibility. A senior Fatah official told TPS that “Fatah understands that a joint list will lead to internal pressures due to the rejection of many candidates and Hamas fears that this will prevent the organization from operating freely and restrict its activities.”

Speaking in a similar vein, Nasser Kidwa, who was most recently fired from the Fatah Central Committee for setting up a separate list, said in an interview with Al Arabiya. Al Kidwa said that “there was indeed an intention to go on a joint list but there was also great opposition.”

Kidwa intends to submit soon his list based on the National Democratic Forum set up ahead of the election.

On Saturday, the phase of submitting the lists to the offices of the Palestinian Election Commission in Ramallah and Gaza began, ahead of the elections to the Legislative Council, which are expected to take place on May 22. The phase of submitting the lists will continue until the end of the month and therefore the elements in the Palestinian arena are required to make decisions within a few days.

Among the Palestinian left-wing organizations, no agreement was reached on a single list after the Popular Front for the Liberation of Palestine demanded the first six seats.

So far Diplomatic Front for the Liberation of Palestine submitted its list, as well as the list of “Palestine for All” and the list “the Honor”, but sources in Fatah told TPS that Muhammad Dahlan is also expected to present a list of 132 members soon, although The PA is working to disqualify it for legal reasons.

In the Gaza Strip, at least 1,200 Fatah activists are vying for a place on the list. In Bethlehem, more than 60 candidates have already been registered and many dozens more have been registered in eastern Jerusalem.

PA intelligence warned over the weekend against spreading false messages about Fatah lists and making false use of the General Intelligence emblem to sow confusion in the street. Al-Aqsa Martyrs’ Organization, a Fatah militia, also issued a threatening proclamation against one of Dahlan’s supporters who returned to the area in light of the possibility that he would run in the election. 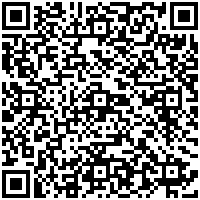