The Fatah movement, led by Palestinian Authority (PA) head Mahmoud Abbas, is planning a series of demonstrations, marches, and strikes to protest the US-sponsored “Peace to Prosperity” workshop in Manama, Bahrain.

The summit, slated for the end of June, is considered a major step towards the unveiling of President Donald Trump’s peace plan for the Middle East, and the PA has called on Arab countries and Arab businessmen to boycott it.

Fatah, in a public notice issued on Saturday, called for the protests to commence on the day prior to the first day of the summit and continue throughout the conference.

The notice also called for confrontations with IDF soldiers and Israelis living in Judea and Samaria.

Fatah alleged that the US is continuing with its hostile policies towards the PA and is waging an economic war by cutting its funding of the UNRWA agency and by circulating information exposing the PA’s corruption, with the objective of discrediting them.

The faction has also launched a campaign targeting US Ambassador to Israel David Friedman and has marched with posters of his photo and the words “son of a dog” written on them. The posters have also been hung on trash cans. Jarred Kushner, Trump’s senior aide, has also been the target of slurs on social media.

Jordan, Egypt, Morocco, Saudi Arabia, and the United Arab Emirates have all confirmed they will attend the summit.

However, a senior official in Ramallah told TPS that the PA hopes that the countries will recant and that businessmen who have announced they will participate will also withdraw.

In the meantime, these businessmen have been facing pressure and threats.

Similarly, Hamas’ Information Office in Lebanon announced a series of political activities to protest the “Deal of the Century” and the Bahrain conference.

In a press release, the office explained that the activities and events will “highlight the Palestinians’ position to reject the Deal of the Century and embrace the option of resistance.”

The office said it will publish media materials in the various refugee camps and Palestinian communities in Lebanon, as well as on media platforms, and will hold a number of protests and events.

“To round off these activities,” the office added, Hamas will hold a mass gathering in front of the United Nations’ Economic Commission for Western Asia (ESCWA) headquarters in Beirut on 25 June, the day the Bahrain economic workshop commences. 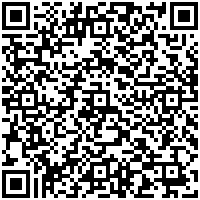