Israeli military forces uncovered two improvised explosive devices (IEDs) hidden at the Tomb of the Biblical patriarch Joseph on Tuesday while accompanying a group of 1,000 Jews to the site.

The IDF traditionally accompanies the hundreds of Jews who travel to the site on pilgrimage at the start of each new month in the Jewish calendar.

The homemade explosives were built to resemble hand grenades and appeared to have been produced locally.

Had the grenades detonated, the results would have been catastrophic in terms of human cost on the ground and from a diplo-political standpoint as well. Egypt is continuing its efforts to work towards a long term “understanding,” if not a full-fledged cease fire, between Israel and Gaza’s ruling Hamas terrorist organization.

The Ramallah-based Palestinian Authority government, however, has been vehemently opposed to the idea that Hamas might reach a settlement with Israel on its own.

Aside from the makeshift grenades that were found on the site of Joseph’s Tomb itself, IDF soldiers were called upon to defend the worshipers even prior to arriving at the site, which is located outside the Palestinian Authority city of Shechem (Nablus).

Palestinian Authority Arab attackers opened fire at an IDF vehicle while hurling rocks and Molotov cocktails at the soldiers and the Jewish worshipers they were escorting.

Shechem is currently under PA control in accordance with the agreement set for in the Oslo Accords.

Under the agreement, Israelis retained full rights to pray at the Tomb. Nevertheless, it has never been possible to safely exercise those rights without IDF protection. 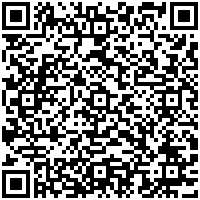