JERUSALEM – Former prime minister Ehud Olmert was convicted of two counts of bribery by Tel Aviv District Court Judge David Rozen on Monday. Olmert was found guilty of accepting bribes worth 560,000 shekels, or $160,000, from developers of Jerusalem’s Holyland Park residential project during his tenure as mayor of Jerusalem. Olmert helped the project’s developers in exchange for accepting the kickbacks.

Olmert, who plans to appeal the verdict, was acquitted on two other corruption charges.


During his reading of the verdict, Rozen sharply criticized Olmert’s credibility. “I reject Olmert’s account of events entirely,” he said. The judge condemned Olmert’s systematic attempts to avoid responsibility for his actions, instead blaming his bureau chief, Shula Zaken, and the state’s witness, businessman Shmuel Dechner, who died during the courtroom testimony phase. Dechner admitted funneling significant amounts of money to the defendants in order to move the Holyland project forward. His death nearly derailed the case against Olmert and his co-defendants.

Zaken was also convicted of accepting bribes, despite her eleventh-hour attempt to testify against Olmert in return for leniency. Rozen, the judge, denied her request. Eight others, including Olmert’s successor as mayor of Jerusalem, Uri Lupolianski, were found guilty of corruption charges in the case.

Despite Rozen’s denial of Zaken’s request to testify against Olmert, the prosecution is confident that the Israel Police will recommend that Olmert be indicted on charges of obstruction of justice. The possibility of new charges being brought against Olmert comes after Zaken released damaging recordings of Olmert allegedly asking her to reject any plea deal that would allow her to testify against him in court. According to Israeli legal sources, conviction of an obstruction of justice charge often carries a jail term of five-seven years.

While Olmert’s legal defense team expressed “shock” at Rozen’s decision, lead defense attorney Roy Blecher is already preparing to ask the court for a delay of the April 28 sentencing arguments.

If Olmert is imprisoned for his crimes, he would be the first prime minister in Israel’s history to be incarcerated. Ironically, Moshe Katsav, who served as Israel’s president during Olmert’s time as prime minister, is serving seven years behind bars following a rape conviction in 2010.

Olmert’s conviction derailed his concerted attempt to reinvent himself as an international business consultant, which has seen him partner with former Mossad chief Meir Dagan and former IDF chief of staff Dan Halutz in a new business venture. Olmert was also reportedly using Dagan and Halutz as the backbones of his new centrist political party that would seek to oust Olmert’s political nemesis, Prime Minister Benjamin Netanyahu. Most Israeli political pundits agree that Olmert’s conviction brings any potential political resurrection to an end.

The Holyland case was the most serious in a seemingly endless series of corruption cases involving Olmert. In 2012 a judge acquitted him of illegally receiving political campaign funds via Long Island businessman Morris Talansky and the claiming of double travel expenses in the Rishon Tours scandal. Both cases might be reopened on appeal, based on Zaken’s alleged new evidence. Olmert received a suspended sentence for illegally obtaining government financing for businesses when he was Israel’s minister of industry, trade and labor.

Ironically the Holyland real-estate project, which was erected during the past decade, has turned out to be a financial fiasco for the builders of the project. According to Israel’s Calcalist business daily, the reputable companies that were involved in building and selling the project to mostly upscale Israeli and Anglo buyers have lost nearly $13 million. The grand project, which was expected to feature 12 apartment towers and a five-star hotel, boasts only eight buildings – with the remainder still on the drawing board.

Zionism has EVERYTHING to do with Judaism 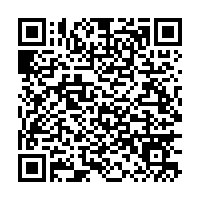