Israeli Arabs who encountered the fugitives had reported their locations to authorities. Police said they received dozens of phone calls from Israeli Arabs over the past several days.

After the calls, special military trackers followed the fugitives’ footprints and trail of discarded items.

When captured, neither Qadri nor the senior al-Arda resisted arrested.

The pair had asked a dune buggy driver from a nearby village for a ride; they were turned down and the driver called police as well.

Police Commissioner Kobi Shabtai said he won’t celebrate their capture, however, until the last two escapees — Ayham Nayef Kamanji and Munadil Yacoub Nafayat — are caught. “We can celebrate in the end, after we have the sixth [fugitive],” he said.

Both are members of the Palestinian Islamic Jihad terrorist organization, and security officials have warned that either or both could attempt an attack on Israelis following the capture of their four co-escapees.

“We must maintain alertness,” Shabtai said. “These are people in a situation of despair and are liable to do extreme things.”

Israeli media report that authorities believe at least one of the two may have reached the Palestinian Authority-controlled area of Samaria near Jenin, home to all six of the terrorists.

Israeli forces searched areas near Kfar Yehoshua on Saturday, about 30 kilometers (18 miles) away from the prison, and the town of Zububa, located northwest of Jenin and close to the border fence between Israel and Samaria. 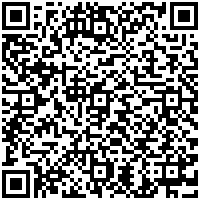