On the first day of its summer session, on the night between Monday and Tuesday, the Knesset by a vote of 64 to the controversial Nationality Law. All the coalition MKs were warned that they had to show up at the plenum for the vote.

The Nationality Law enshrines as part of the Knesset Basic Laws the status of the State of Israel as the nation-state of the entire Jewish nation.


Stick it in your pipe and smoke it, American Jews who demonstrate with signs saying Israel is not your country – turns out it is.

The bill includes the definition of the symbols of the State; greater and unified Jerusalem is the capital of Israel; the right of the Jewish people to self-determination in their homeland; sanctioning the right of return; allowance for separate communities for Jews and Arabs; determining the official language of the state is Hebrew, while Arabic is demoted from the other official language to a language with a special status.

The explanatory notes accompanying the bill read: “The purpose of this Basic Law is to anchor in basic legislation the identity of the State of Israel as the nation-state of the Jewish people, as well as to add to the constitutional system a series of provisions dealing with the basic characteristics of the Jewish state.”

The bill will now be submitted to a special committee headed by MK Amir Ohana (Likud) to amend and prepare it for second and third readings.

“The State of Israel is the nation-state of the Jewish people, but it is not clear to everyone, it is certainly not anchored in the law,” said MK Avi Dichter (Likud), the author of the bill. “The Nationality Law is the insurance policy we leave behind for future generations.”

MK Ahmad Tibi (Joint Arab List) was less delighted. “The law basically states that there are two types of citizens: one group, the Jews, has rights, and the other group is considered tolerable guests,” he said, adding that “in practical terms, the law provides for Jewish-only settlements. If this is not racism, I don’t know what racism is.”

In practical terms, of course, there are virtually no Jews residing in any of the hundreds of Arab cities, towns and villages in Israel, while Israeli cities such as Haifa are home to as many as 20% Arab residents. 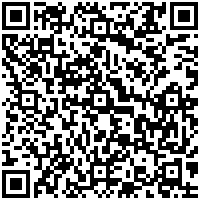