Prime Minister Binyamin Netanyahu issued a stern warning Tuesday that Israel will “not accept any… spillover into our territory” by warring parties in Syria, and cautioned Syrian President Bashar al-Assad that Israel views the 1974 Separation of Forces Agreement with Syria as inviolate.

“Our air defense systems identified a Syrian Air Force jet that took off from the T-4 Syrian Air Force base and penetrated Israeli airspace. This is a gross violation of reiterated and made clear that we will not accept any such violation. We will not accept any such penetration of, or spillover into, our territory, neither on the ground nor in the air. Our forces acted appropriately. We insist that the Syrians strictly abide by the Separation of Forces Agreement between us and them,” Netanyahu said in a statement.


Several hours earlier, air raid sirens wailed around the northern region of the country when the Syrian jet crossed into Israeli airspace at around 1:30 PM. Two Patriot missiles were fired at the aircraft, which managed to return to Syrian territory before crashing near the Israeli border. It is unclear at this moment whether the pilot managed to eject form the aircraft before the crash.

The incident was the second to take place on the Syrian border in 24 hours. Monday, the IDF launched two David’s Sling missiles at a pair of Soviet-made SS-21 ballistic missiles after they were launched from Southern Syria.

“Two Patriot missiles were launched at a Sukhoi fighter jet. The plane was under surveillance, penetrated about two kilometers into Israeli territory and was intercepted,” the IDF Spokesperson said in a statement, adding that since the early morning, there has been an increase in the internal fighting in southern Syria, which brought about an increase in Syrian Air Force activities.

“We are alert and highly prepared and will continue to act against breaches of the 1974 agreements,” the IDF Spokesperson concluded. 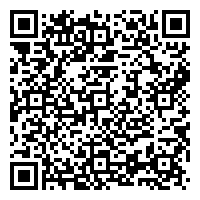