Yesh Atid Chairman MK Yair Lapid stated on Wednesday that the ZAKA volunteer organization has a role in uniting the Jewish people: “You are a model for coexistence. This is how the country should be run. Living together in coexistence is about every person doing what he can for the other — we are obligated to each other, I want to help you and you want to help me. I take my hat off to you. I am very moved to be here.”

Lapid visited the ZAKA headquarters on Jaffa Road, Jerusalem, where he met with ZAKA Chairman Yehuda Meshi-Zahav and volunteers. Meshi-Zahav briefed MK Lapid on the activities of the volunteer organization, specifically against the background of the ongoing terror attacks, and spoke about the many challenges that the volunteers face at this time.


Lapid responded, “I’ve wanted to visit ZAKA for some time now, especially so I could express my gratitude for your work. The expression ‘holy work’ describes what you do. The fact that every Israeli citizen knows that at the time of his death he would not be forgotten or abandoned, but rather there would be someone to care for him and his family — knowing that gives us all strength.”

Speaking about the current wave of terror (just hours before the latest Jaffa Road stabbing attack), Lapid noted that “the stabbing intifada is not going to go away soon and the Israeli public must prove their steadfastness. You, the ZAKA volunteers, are part of this steadfastness against the will of an enemy that wants to murder us.”

Meshi-Zahav said: “It is very important that you meet those ZAKA volunteers who every day run to those places that others naturally tend to run away from. They shoulder the burden on a daily basis and give of their time and energy for the benefit of all, regardless of religion, race or creed. It is important that you hear, first-hand, how the volunteers deal with this situation and how much they do and contribute to the wider society, all from a sense of mission, faith and caring for others.”

The line about “shouldering the burden” was aimed specifically at Lapid, who made it the slogan of his campaign to force into military conscription and the workforce the very ultra-Orthodox who make up the majority of the ZAKA organization around Israel.

“There are two meanings for the acronym ZAKA”, continued Meshi-Zahav. “The first is Identification of Victims of Tragedy, and that is the work for which thousands of ZAKA volunteers, in Israel and around the world, are best-known. But there is another meaning that I have adopted: Zeh Kiruv Achim — ‘Bringing People Together.’ ZAKA is an organization that acts as a bridge between different sectors of the Jewish population, the Israeli public and even the wider world. We have thousands of volunteers who have done National Service and we are proud of that contribution.”

Meshi-Zahav went on to explain that, beyond the terror headlines, ZAKA volunteers work day in and day out taking care of the victims of other tragedies, an average of 30 incidents a week, including some 500 suicides and 350 road fatalities every year.

Only a couple of hours after the meeting, those same volunteers were back on the streets of Jerusalem, tending to the injured at the stabbing attack at the entrance to Lions Gate. 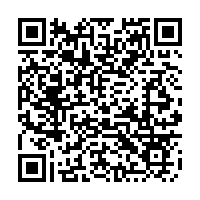