Prime Minister Benjamin Netanyahu has challenged Blue and White leader Benny Gantz, his primary political opponent, to a debate ahead of the March elections, but Gantz quickly refused the invitation.

Netanyahu told Israel’s Channel 20 during an interview on Tuesday night that he was willing to hold a three-part debate with Gantz, “like in America.”

Netanyahu challenged Gantz to a debate “without an earpiece and without teleprompters” on diplomatic, security and economic issues.

“Benny, come to the debate. What are you afraid of? Come to three rounds. Gantz can’t stand the pressure, how will he run a state? Stop being scared and making excuses,” Netanyahu said.

“A prime minister who cannot face the most basic pressures cannot head a state,” he added.

Gantz rejected the offer, and instead tweeted: “What happened Netanyahu? Are you scared there’s a date for your confrontation with the prosecution’s witnesses, so you’re making a spin? On March 17 you go to court, and the State of Israel must move forward.”

Gantz was relating to Netanyahu’s pending trial on three corruption cases, which is set to commence on March 17, just two weeks after the general elections.

Gantz has been disparaged for his poor rhetorical abilities and would have probably been crushed by Netanyahu, who is famous for his oratorical skills. 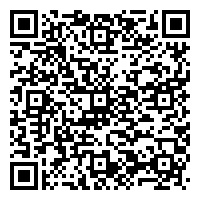