Unlike the sound-minded widow who wrote to you to complain about her daughter who is not as open with her as she would like (Chronicles, May 16), my daughter and I enjoy an exceptionally close relationship. We would also visit one another frequently – that is, until recently when she and her family moved out of town. The company our son-in-law has long been employed with relocated, and since his employer generously picked up a great chunk of their moving expenses, their decision to move was practically a no-brainer.

I especially miss having my daughter close by. Of course, we are in touch every day, and in each conversation she pleads for us to join them. She argues that our house has become too “big” for us (we’ve lived in the same house since our children, who are now on their own, were little) and that downsizing would make life so much easier for us – in more ways than one.

She certainly has a point and I might have actually given the idea some serious consideration were it not that my husband is adamant about staying where we are. He can’t fathom moving away from our beloved neighborhood, one we have been a part of for over half a century. Truth is, our neighbors are like family, the shul we’ve been members of for more years than we can count is a 5-minute walk away, my husband has a nightly shiur he’s been part of forever, and even the walls of our home are like old friends. I must admit that the thought of moving to a strange place and starting anew at our stage in life (close to retirement) doesn’t thrill me either.

On the other hand, we have only one daughter. Our two sons don’t live close by, and though we get along with them fine too, it’s our daughter whom we’ve formed a special bond with.

How do I convince my daughter that we are better off where we are… or do you believe it might be worth pressuring my husband to reconsider his stance?

Pulled in both directions

Being close to your children even after the apron strings are cut is a priceless and beautiful thing. But everything has its limitations. Your daughter has a life, baruch Hashem, and so do you. You were fortunate to have her living close by, but nothing stays the same forever.

Both of you need to adapt to this latest change in your lives. Your daughter’s desire to have you living near her is understandable – as is your husband’s wish to stay put. You, as mothers often do, find yourself caught in the middle. The following story might help you put things in perspective.

In the city of Cracow in Poland there once lived a talmid chacham who eked out a living as a baker. As such, he couldn’t afford to immerse himself in learning to the extent that he would have preferred.

A wealthy man who knew of his scholarly ability came along and offered the baker a weekly sum to enable him to devote his days to learning. The baker accepted the offer and with true devotion and enthusiasm applied himself to the task of studying Torah in the bais medrash all day long.

This arrangement went on for some time when suddenly one day the baker approached his benefactor to say that he wished to return to his job as a baker. Taken aback, the gevir would not hear of it. Besides considering it to be a waste of the talmid chacham’s time to labor in a bakery, he claimed a deal to be a deal and saw no reason to break their Yissachar/Zevulun agreement.

They decided to present their case to the holy Megale Amukos – the famed Kabbalist, R’ Nosson Nota Shapira, who also questioned why a talmid chacham with such vast potential would choose to forfeit the gevir’s generous offer and return to the hot ovens.

The baker argued that when he worked in the bakery he’d pray every day for the wheat to grow properly and for a successful harvest. Then he would pray for the threshing (separating the heads from the stalks) to go well. When it came time for winnowing (separating the grain from the chaff), he beseeched the heavens yet again for a natural breeze to help the process along.

“With the flour ready to be worked into a dough,” continued the talmid chacham/baker, “I was mispallel that the dough be supple and rise properly, and for the oven to turn out palatable breads worthy of sale.

“I still needed to pray to Hashem,” he added,  “to send customers to buy the goods, as well as to savor them. In this way, I found myself relying on the Ribono Shel Olam throughout the day, for not a minute passed that I did not need to depend on Him for His chesed.”

The talmid chacham concluded by explaining that with the generous support from the gevir, he had come to depend on his regular weekly stipend. Granted, it had facilitated his learning Torah all day, but – “I feel that I’ve become lax in my faith. My emunah is not what it once was…”

At the time, the Megale Amukos had been about to vacate his position as Rav of Cracow, having been offered a post elsewhere. After presiding over this Din Torah, he resolved to stay on in Cracow — in a place where disputes consisted of the affluent insistent on sustaining talmidei chachamim, and where a talmid chacham was willing to give up the exalted privilege of learning without worry of a livelihood — in order to strengthen his emunas Hashem.

In the same way your daughter made a move that was in the best interest of her husband, it is your role to support your husband in his avodas Hashem, in a place that has proven to be suitable for the purpose of fulfilling his spiritual requirements. Upsetting the apple cart so that you can live in closer proximity to your daughter might not end up being in your husband’s best interest.

It would therefore be in your best interest to continue enjoying the closeness you share with your daughter (with appreciation for the daily chats), while looking forward to future visits (and believing that everything happens for a reason). Be up front with your daughter about having made up your mind to stay put for now. Or you can just send her this column. 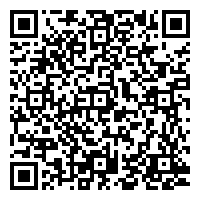