I am in a state of turmoil. What just transpired stands to destroy my mother’s sanity and push her permanently over the edge and my daughter’s future happiness. Never in a million years would I have envisioned such an outcome to my family.


My mother has always suffered ‘black moments’ where she would withdraw from us and stay in her room for some time, sometimes just hours or, in other times, one or two days. We children normalized this, helped along with my father’s explanation that she had a ‘headache’ or some ailment that was responsible but would soon pass. During those times we knew not to disturb her or ask any questions and that life would eventually go back to ‘normal.’ Normal, for my mother, was being extremely over-protective, always needing to know where and whom we were with, never letting us have sleepovers with friends – not in our house or us going to other homes. I never went to sleep away camp, nor did any of my siblings. but to us this was ‘normal’ because we loved her and thought she meant it for our wellbeing.

Needless to say, I had a somewhat limited social life that caused me to marry well after many of my friends were already married, but I insisted, when I met my wife, that I wanted to get married. My father helped me convince her, as I was the oldest of three, to agree to the marriage, even though she didn’t take well to my wife, and later on, to any of her other daughters-in-law. Many times I asked my father what was wrong with her, but her never told me, just stuck to the story about her being emotionally fragile with the need to see her ‘doctor’ as often as twice a week or more.

Life moved on in our family, with weddings, births, bar and bat mitzvahs, and with the recent impending engagement of my daughter to a wonderful young man. Always, before an impending simcha, my mother’s condition worsened, as she didn’t like crowds, and she would have to be primed and prepped days ahead of the event and have someone at her side throughout the ceremonies to keep her calm. So the night of my daughter’s l’chaim was no different. My wife and I had met the chosson’s parents and were very impressed with the family and I was sure that they would make the same impression on my parents. I could never dream of the nightmare that was about to evolve.

Everything was lovely, we had just the immediate family, the grandparents, my two brothers and their spouses and children, the chosson’s parents, four siblings and their families and the Rav of our shul and his eldest son who took pictures of the event.

Everything was going smoothly until the machatanim arrived with our future son-in-law. I ushered them over to meet my parents and that’s when all hell broke loose! My mother, who had been sitting and conversing with one of her grandchildren, turned as I was about to introduce her to the machatanim and stared intently at the chosson’s father. Then when I introduced her to him by name, she suddenly went white and started shaking and yelling incoherently and had to be taken away to her room. Everyone was left unnerved and upset but the Rav said that we should continue on. My wife and the ‘machataniste’ broke the plate to solidify the engagement and the evening ended shortly after the mazel tovs were said.

I cornered my father and demanded to know what set my mother off so badly and why. I had had enough of this, feeling embarrassed in front of my new machatanim as well as awful for the newly engaged couple. My father sat me down and explained that my mother, as a young child, had been molested by a neighbor’s son when she was barely six and he, seven years old. This he found out after they were married when she became hysterical after their wedding and couldn’t manage to have relations with him to consummate their marriage. Thus began the visit to rounds of doctors and therapists, the periodic days of darkness and all the rest. What set her off tonight was, coming face to face with her abuser. My mechutan was the boy that tormented her!

So here I sit, the morning after, my head in my hands, not knowing what to do next. Do I tell my daughter the engagement is off? Do I divulge the secret of my mother’s molestation by the very man who fathered my daughter’s chosson when she was six and he seven years old? What’s to be done here? I feel like I am losing my own mind, I haven’t slept since last night, or eaten or even put on tefillin. I just feel like I’m falling into this bottomless pit of despair and sadness at the hopelessness of it all!

First, let me wish you and your family a mazel tov on the engagement of your daughter. That said, I will try to help you see past all the darkness that surrounds you and the hopelessness of your situation. I am a firm believer that, as long as their is life, there is hope that any obstacle can be met and dealt with, if we have faith in Hashem and keep a cool head.

Whatever transpired all those long years ago between your mother and the young man’s father at the tender ages of six and seven years. Although young children have been known to play ‘doctor’ because they are inquisitive at such a tender age and instinctively know that this is something they shouldn’t do, still the need to explore is something some of them need to satisfy. As they grow older and learn the taboos of doing so, most will have already forgotten about having done it, but some will have been so traumatized and guilt ridden that outgrowing such an event becomes impossible. Your mother is just such a person, allowing the guilt she feels and the helplessness of not being able to escape the games played in childhood, the threads of dysfunction interwove into her daily life, until discovered by therapists only after she had difficulty being intimate with your father on their wedding night.

But this is secondary to the greater question of what you want to do about having her abuser who was all of seven at the time and seemed to have forgotten all about what transpired between himself and his playmate in their youngest childhood, able to move on and grow up unscathed or affected by it. Do you punish him now, when he has no recall of those events, never having repeated any deviant behavior to indicate that he was a sexual predator, marrying and raising a solid, respectable family which includes your future son-in-law and has an unblemished reputation in his community? Or do you want to dismiss this young man whom your daughter chose, with a good name as an outstanding bochur and a temimusdike neshama? I really can’t tell you how to deal with this outside of asking you if blaming this young man for what his father had done to your mother when they were both just out of babyhood is the right thing to do.

Speak to your wife first and hear what she has to say from her perspective as a woman, and, if you both need to, ultimately, ask a Rav for da’as Torah as it is a decision that effects many lives. I must tell you that what very young children do before they understand what is right and what is wrong, is often done innocently and without malice. However, some children cannot understand the feeling of having done or experienced something that they will carry with them throughout their lives and cause them great emotional and mental upheaval if not addressed and treated early enough, like your mother.

I wish all of you only the best. Approach this with unbiased wisdom and understanding. Let forgiveness and kindness be a leveler and let the love for your children be your guide along with the trust that the guidance you receive from da’as Torah will reveal the path you need to take. My heart goes with you. 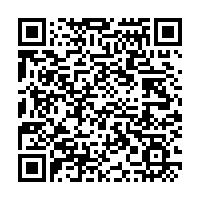