UAE and Bahrain officials have made clear that they support President Donald Trump’s election to a second term in the White House. This support is also expressed in encouraging moderate Islamic communities across the US to vote for the GOP incumbent, despite their deeper relationship with the democratic party.

“We are hoping for Trump’s victory, but we are also preparing for the possibility of a new president entering the Oval Office,” a senior Emirati diplomat told Israel Hayom on Saturday. He said that Trump’s election campaign had received millions of dollars in donations from Muslim supporters of the president’s Middle East policies.


Meanwhile, the London-based Al-Arabi Al-Jadid reported on Saturday on contacts between the Palestinian Authority and Joe Biden, through Palestinian businessmen living in the United States, and that as part of this dialogue, Biden promised the PA to change several key Trump administration moves regarding the PA. Biden reportedly promised to reverse the closing of PLO offices in Washington, DC, renew US funding for the PA and UNRWA, and unify the American Consulate in eastern Jerusalem with the new American Embassy in the western part of the city.

A senior official in the Bahrain capital, Manama, who is close to the ruling circles in Riyadh and Abu Dhabi, told Israel Hayom that the axis of moderate Arab states is very much afraid of a Trump defeat, with Biden overhauling US policy in the Middle East well beyond the Israeli-PA conflict.

“There are preparations in case the administration changes and the new administration’s policy in the Middle East changes radically,” the source said. “However, in both scenarios there is no concern about the agreements signed so far with Israel. In fact, Biden’s victory may pave the way for a stronger alliance with Israel, with both sides understanding that we depend on one another and don’t need constant backing from the Americans,” he said.

The Bahraini official added that although no new agreements to normalize relations between Arab countries and the State of Israel are expected to be signed until after the US elections, contacts with other Arab countries continue all the time.

“Negotiations to try and get more Arab countries to sign normalization of relations with Israel are intensifying, but if there is an agreement, it would be implemented only after the US election and depending on the winner’s identity,” the Bahraini official said.

He added that “if Trump wins, there will be a flood of moderate Arab and Muslim countries that are very interested in taking part in the process that the Middle East is going through.”

He suggested that a victory for Biden will mean that many countries that are currently in talks and explorations of the possibility of normalizing their relations with Jerusalem will take a step back and recalculate the risks they are taking.

Interestingly, the same Bahraini source also noted that the current state of diplomatic relations in the region is such that Israel and the United States are mediating between Qatar and the Arab countries that boycott it over its ties to Iran and extremist Islamic terrorist organizations. And so Saudi Arabia, Egypt, Bahrain and the Emirates rely on Israel to pass their messages to the Qataris.

The PLO’s Negotiations Affairs Department issued a statement last week, saying “the Trump Administration’s Middle East policy, including the normalization of relations between specific Arab regimes and Israel, is part of the same formula: normalizing Israel’s occupation and its colonial settlement enterprise and annexation policies.”

And on Friday, Hanan Ashrawi, member of the PLO Executive Committee, said that the State Department’s decision to allow the labeling of Jerusalem as part of Israel in official US documents was a “falsification of the city’s history and identity.”

“It is also a continuation of this administration’s sinister scramble to compound injustice and create new oppressive facts in Palestine ahead of upcoming elections,” Ashrawi declared, adding that the Trump administration “is using all tools at its disposal to erase Palestine, physically, politically, culturally, and figuratively. This includes the administration’s so-called plan to formalize permanent apartheid and its campaign of Arab normalization through bribes, blackmail, and intimidation.” 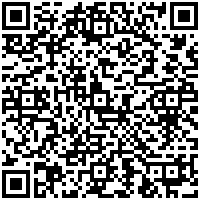