I have gathered ten facts (not opinions) that will help you better understand the agreement:

4. Over the years, several mediators proposed different solutions based on splitting the disputed area between lines 1 and 23 into two. Most of the proposals gave a slight advantage to the Lebanese side – for example 45% to Israel versus 55% to Lebanon. Lebanon officially rejected these offers.

5. According to information published on Israeli, Lebanese and international media, the emerging agreement is based on Line 23, meaning that Lebanon is to receive the entire disputed territory.

6. At the center of the territorial dispute is the rights over Qana gas field, which Lebanon claims ownership over. Located almost entirely in the disputed area, Qana has parts of it crossing beyond line 23 into Israeli territory. According to Al Jazeera, the agreement will include modifications in line 23 so that the entirety of Qana gas field will be in Lebanese territory.

7. The Israeli Karish gas field is not in the disputed area and does not cross line 23.

8. Hezbollah has publicly threatened that as long as Lebanon’s rights are not ensured (in the agreement), Israel will not be able to produce gas from Karish (located in undisputed Israeli territory). Nasrallah threatened to implement this “equation” with force if necessary.

9. The Karish offshore rig is already anchored in place and was set to start pumping gas several weeks ago, but has yet to do so.

10. Hezbollah is satisfied with the emerging agreement. The organization is receiving public support and credit for what it branded as its role in Lebanon’s achievements in negotiations. Hezbollah and Lebanese officials see the recent threats made by senior Israeli officials as election propaganda/campaigning. 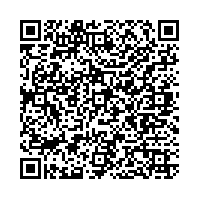